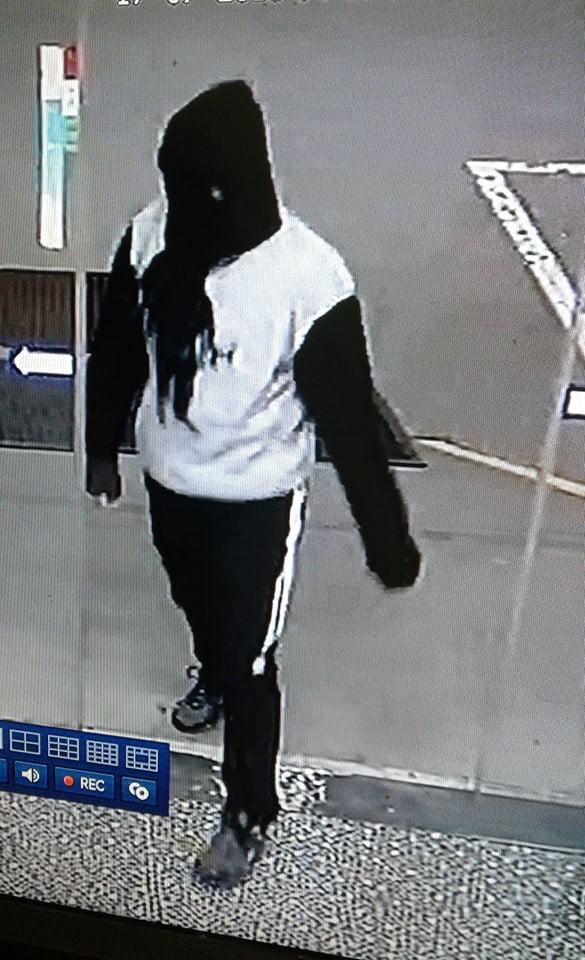 MITCHELL Criminal Investigation Unit Detectives have released images of a man who they believe can assist with their investigation into an alleged armed robbery at Wallan on Tuesday, July 17.

The incident occurred about 4.45am when a man, wearing a scarf and hooded top and armed with a hunting knife, went to the Northern Highway, Wallan, service station and made demands for money.

An amount of money was handed over with the alleged person arriving and leaving the scene in a black Mercedes Benz sedan.

The four door Mercedes had tinted windows with the left front fog light not operating.

The man is described as being Caucasian, with a medium build, approximately 172cm tall, wearing a white windcheater with black arms, a black hood and black track pants with two white stripes down the side.

Fortunately, the console operator was not physically injured in the incident.

Anyone with information is asked to contact Detective Senior Constable Ian Porter at Mitchell CIU on 5735 0216 or Crime Stoppers on 1800 333 000 or via website www.crimestoppers.vic.com.au

Ride to support the ‘black dog’

Food and garden bins to roll out in 2025