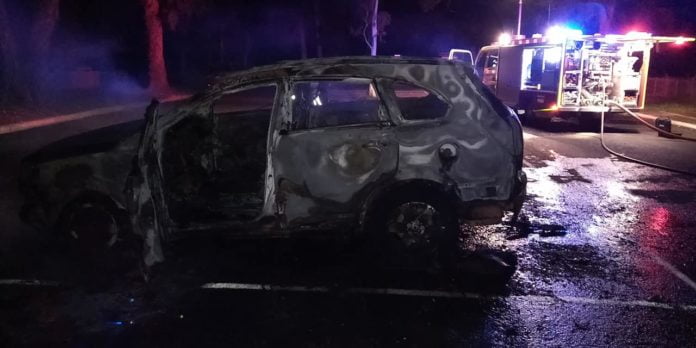 Emergency services were called to Snodgrass Street following reports of a car on fire around 4.30am.

Investigators have determined the car was an outstanding stolen Holden Captiva and have deemed the fire as suspicious.

Broadford Urban Fire Brigade spokesman Jay Martin said the car was engulfed by flames when they arrived at the scene.

“At the scene, the car was fully involved in fire. We extinguished it and Seymour police arrived to check it out,” he said.

“Explosions could be heard, which is normal for a car fire with tyres and plastics popping.”

The investigation is ongoing and anyone with information is urged to contact Crime Stoppers on 1800 333 000.