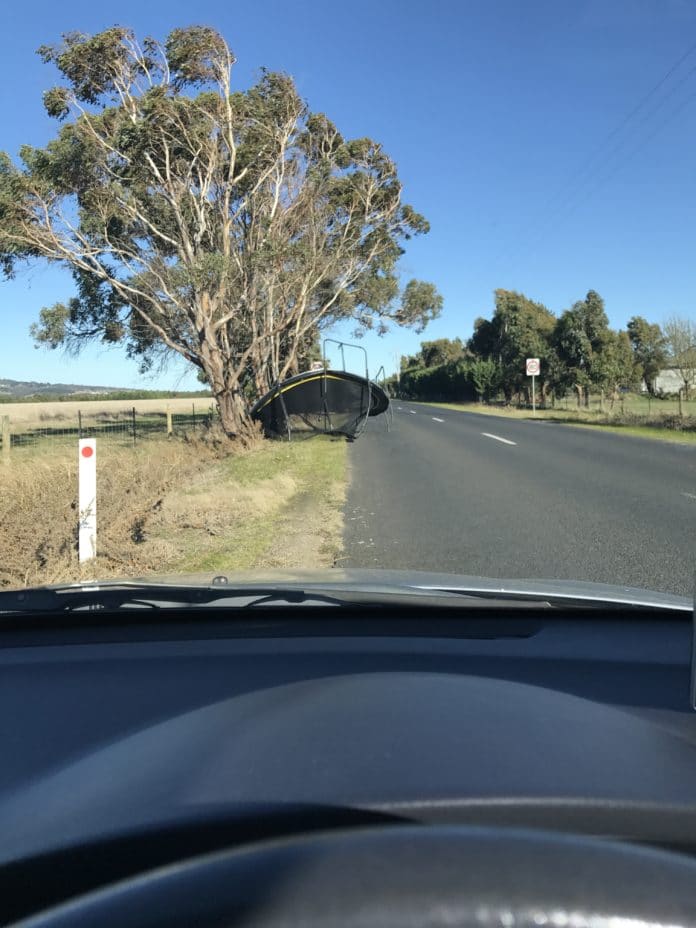 TRAMPOLINES are flying and trees are falling, and it could still get worse later tonight.

In Riddells Creek, Ellen Mitchell had just completed a job for work on Station Street when she noticed a tree had been blown down by the strong gusts.

And then, as she was heading down the road, she found a trampoline on the road.

The destructive winds are reaching eye-watering speeds and Bureau of Meteorology (BOM) senior forecaster Richard Carlyon said the wind will only get stronger. 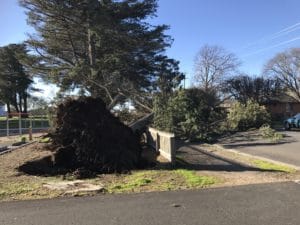 “The wind has been steadily increasing throughout the morning,” he said.

“We have had some very decent gusts through the north central region of Victoria… A Kilmore gust has recorded a speed of 87km/h… further south near Melbourne Airport there was one of 81km/h.

“We do expect them to keep increasing through the afternoon and the gusts may get to 100km/h with a cold front coming through tonight. We might not have seen the worst.”

A BOM warning has been issued for all residents across the north central region to remain careful.