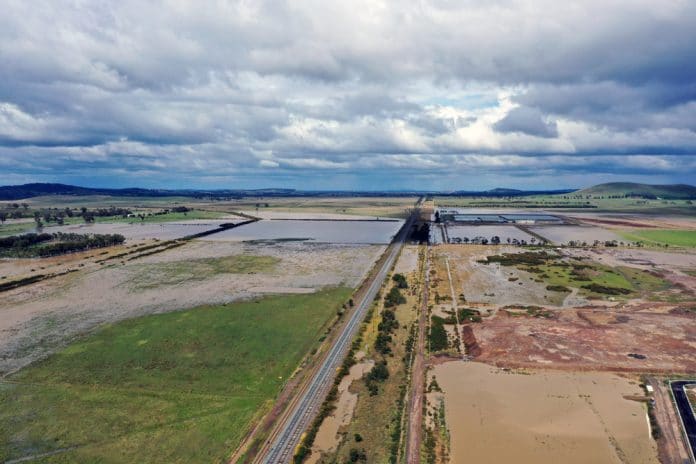 As 83 millimetres of rain and wild weather hit the Mitchell Shire over the weekend, 44 calls to the Kilmore State Emergency Service unit were made for help with flooded homes and businesses, and road blockages.

Smaller amounts of rain were measured on Saturday, 4.6mm, and Sunday, 11.4mm.
Kilmore SES’ 44 calls were among 82 for Victoria’s North East region.

Due to the amount of calls for help, CFA Wandong, CFA Kilmore and other SES units from Whittlesea and Seymour came to help the Kilmore unit.

“We advised three families in Kilmore to seek Beyond Housing assistance, due to their homes being flooded,” Mr Simpson said.

“On Sunday afternoon we had to close Broadford-Kilmore Road due to trees falling across the road.”

SES volunteers also worked for two hours on Sunday clearing a 40-metre tall tree that fell on Epping-Kilmore Road near Heathcote Junction. The tree covered a 100 km per hour road, but no injuries were reported.

Mr Simpson said the volunteers were practicing social distancing measures imposed by the goverment in response to the COVID-19 pandemic, but it was challenging during emergencies.

“We had to limit the amount of crew in vehicles and sanitise vehicles between swap overs,” he said.

Mr Simpson said he was especially thankful for the CFA volunteers and SES units from surrounding areas to assist the Kilmore team.

Council’s water use in focus