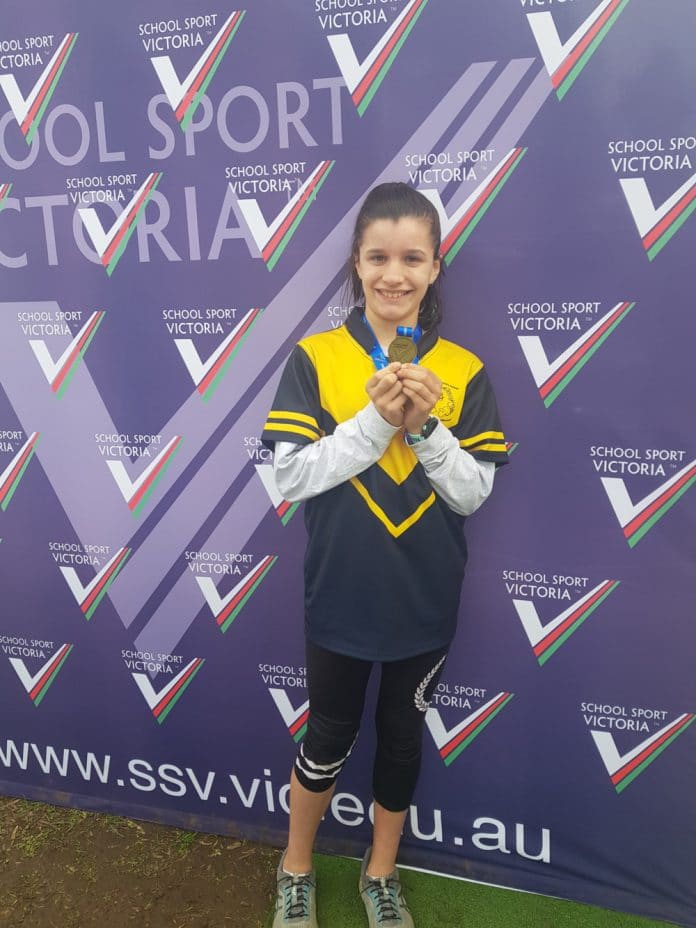 Kirra smashed her personal best time and finished the two kilometre course in 10:21 to finish more than two minutes ahead of any competitors in the Under 11 Girls Multi Class category.

Kirra said she was excited to defend her crown from last year’s national championships where she won gold in the same event.

“I’m shocked that I won again but now I can go back to Team Vic and win some more medals and I’m not going to give anyone else a chance,” she said.

Kirra’s also getting ready to represent Victoria at the School Sport Australia Track and Field Championship in Darwin in September in the 100m, 200m, long jump and 4x100m relay.

Kirra’s mother Kylie Portelli said she was ecstatic with what Kirra had been able to accomplish.

“Especially with all the medical issues she’s had and continues to have, but it just makes her more determined to be more hungry to get that gold media,” she said.

Kirra said she wanted to thank everyone at her school for their help.

“Big shout out to Mr Fearn and Wandong Primary School for all their help and support,” she said.