Home News Community Sweating for a cause 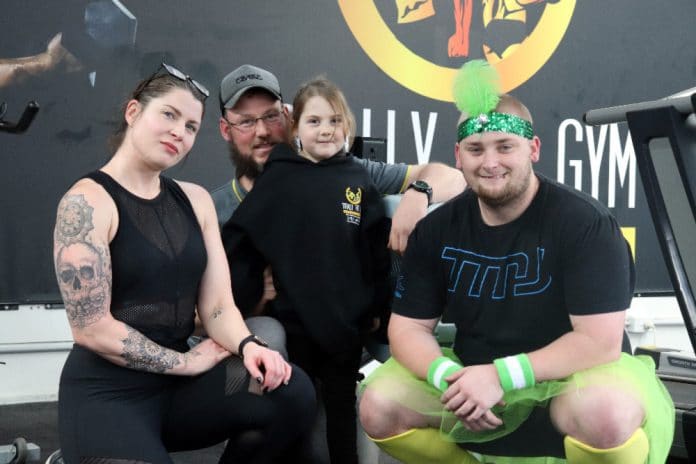 Totally Fit Gym’s trainers were put through their paces to help one of their members raise money for a cause close to his heart.

When Dave Maskell’s daughter Jenna was diagnosed with brain cancer at just three years old, the Wallan gym was more than happy to help him raise money.

Totally Fit Gym owner Kieran Atkin said he thought the gym could use its reach to do something more.

“We came up with the Train the Trainers concept where members of the gym could bid for the right to train our trainers with all the money raised going to the Brain Cancer Foundation,” he said.

“We’ve raised $850 so far so it was really pleasing. We have some really generous members and word got around we were having a bit of fun with it, with myself and Tom dressing up.”

Mr Atkin was put through a high-intensity cardio session while trainers Jess Duncan and Tom O’Dwyer-Richards were pitted against each other in a 45-minute challenge.

Jenna, now five, is in remission and going to school.

Mr Maskell said the support from the community had been fantastic.

“It’s the second year we’ve been raising money for Cure Brain Cancer Foundation so I’m hoping to smash our record from last year which was $3700. We’re pretty close with nearly $3000 but I’m hoping to get $5000,” he said.