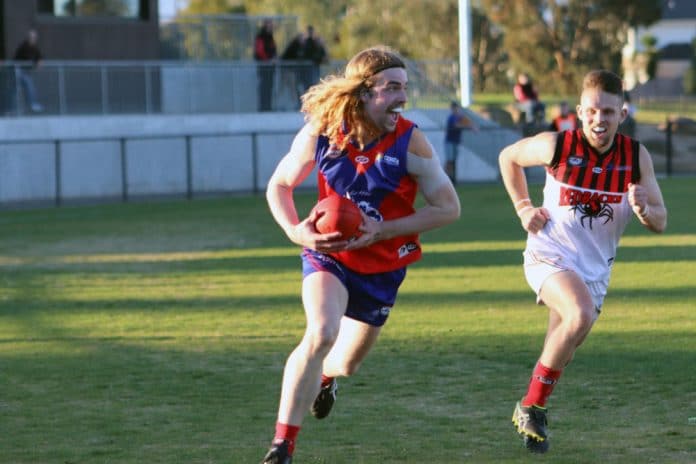 The Redbacks kicked four goals unanswered to open the second term, blowing the lead out to 40 points before Joshua Delaney replied for the Demons at the 21-minute mark to bring the half-time deficit to 33 points.

It took 11 minutes before a goal was kicked in the third term but Mernda’s Tyler Peirce made the first impact.

Panton Hill replied with six unanswered goals before Mernda came back with two late goals to stem the bleeding.

With the game all but wrapped up, Panton Hill added four more goals to its tally to Mernda’s two to cruise to victory.

Mernda are now sixth on the ladder, a game behind Heidelberg West and 10 point clear of Old Eltham Collegians.

The Demons head to Reservoir to take on the bottom-placed Lions on Saturday.