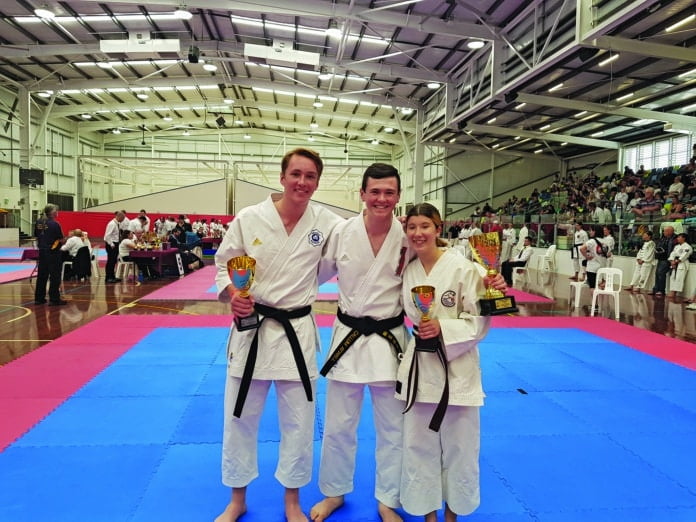 LAURIMAR karateka Callum Atwell made a successful trip to the National All Styles National Championships on the Gold Coast last weekend, bringing home five medals including a gold.

Callum won gold in kata for the 16-17 years age group, as well as second in point sparring and state versus state sparring, and third in continuous sparring and team kata.

Callum said the tournament was nerve-wracking but fun.

“I was very happy and proud of myself. One of the boys who I normally compete against, who I just beat last time, I beat him again so we had a bit of a laugh about that,” he said.

Callum studies at Northern Goju Karate and has been perfecting his kata over three years with the help of Sensei Adrian Delia.

“I was mostly confident with my kata, probably the most confident. I got it perfect in class just before I went up so I figured I’d just do what I did and I won,” Callum said.

“It was the execution and the fact that I yelled and people on the other side of the court heard me. Just being loud and doing it all correctly got me the win.

“Sensei was very impressed and didn’t expect much less. He’s been helping me with it for a while and he couldn’t fault it when I did it in class just before going up.”

Awards for students and teacher