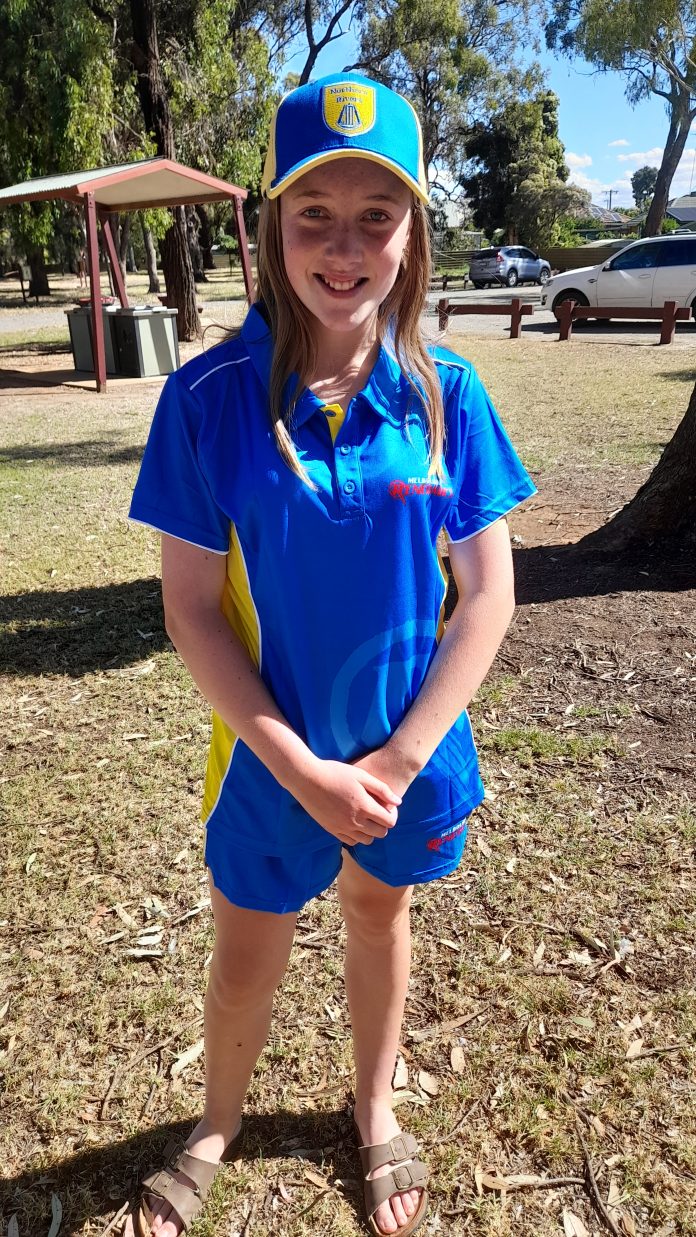 Despite being one of the younger players in the team, it is her second time round representing the Northern Rivers. Mason has also been selected as vice-captain for the squad, which she said came as a surprise.

“I was very surprised, I had no idea that I was going to be named vice-captain,” Taylah said.

“She was quite shocked, as she is bottom age,” Taylah’s mother, Kim Mason added.

“Taylah has another year or two in that level, so she wasn’t expecting to get that leadership role so early on, but she did, so that was really good,”

Taylah said she was excited about the opportunity to play with, and against a complete league of young female cricketers.

Currently, Taylah plays and captains in the under 14s for the Broadford Cricket Club in a competition of predominantly boys.

“I’ve always grown up playing with boys, I fit in well with the team and playing against them I like to prove that I can go out there and be myself,” she said.

“I’m looking forward to spending time with the girls and playing girls cricket, it’s a lot more fun, as it’s just a big group of girls who all get along.”

With two older brothers Riley and Cooper also playing high level cricket, Taylah has always grown up following them at games and tournaments, playing on the sidelines, which eventuated to herself taking up the sport.

“We got to go to different places around Australia and New Zealand to watch her brothers play and Taylah was always on the sideline playing as a little girl, so that’s how she started playing,” Ms Mason said.

The Youth Premier League fixture began on January 5, and the remainder of the fixture will played this week before the final on Friday.

People wishing to watch the matches can find links to livestreams on the Cricket Victoria Youth Premier League Facebook page.