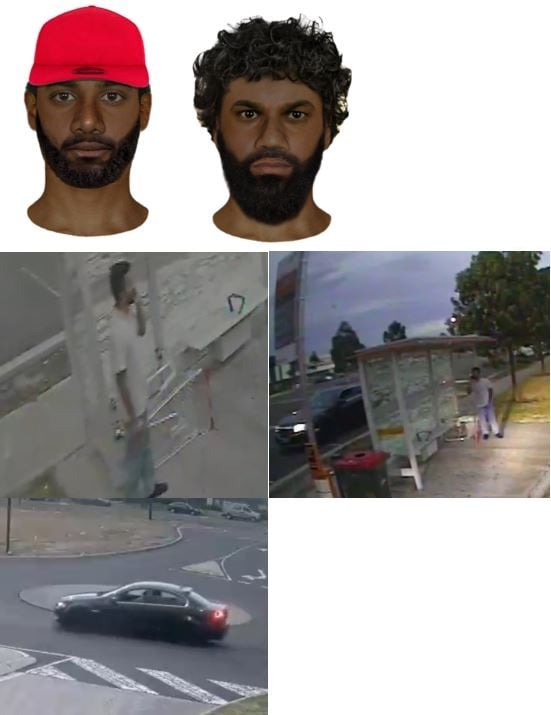 POLICE have called for witnesses to come forward after a woman was approached and followed by two men from Craigeburn to Mickleham last month.

Hume Crime Investigation Unit detective were told a 19-year-old Mickleham woman was waiting for a bus on Lygon Drive at about 8.20pm on Wednesday, January 26, when two unknown men in a passing vehicle waved and smiled at her.

The vehicle, described as a black Chrysler 300C model with black and white registration plates, did multiple laps up and down the street past the woman before a passenger got out of the vehicle and stood at the bus stop near her.

The victim boarded a bus at about 8.43pm and the passenger returned to the vehicle, which followed the bus to Balmain Road, Mickleham.

After the victim exited the bus she observed the vehicle following her and ran down Balmain Road.

The vehicle pulled up near her and the passenger again got out.

It is alleged the passenger grabbed the woman from behind before she broke free and ran to a nearby house on Burwood Street where she spoke to a resident who assisted her in calling for help.

Nobody was physically injured in the incident.

Detectives have released CCTV and computer-generated images of two men who they believe can assist with their investigation.

The male driver is described as having a beard and wearing a red snap-back cap.

The male passenger is described as being in his mid-30s, about 172cm tall with a muscular build and black beard. He was wearing a black, white and blue striped polo t-shirt, baggy pants and black runners.

Anyone who witnessed the incident or with information is urged to contact Crime Stoppers on 1800 333 000 or submit a confidential crime report at www.crimestoppersvic.com.au.

Police news from across Mitchell Shire