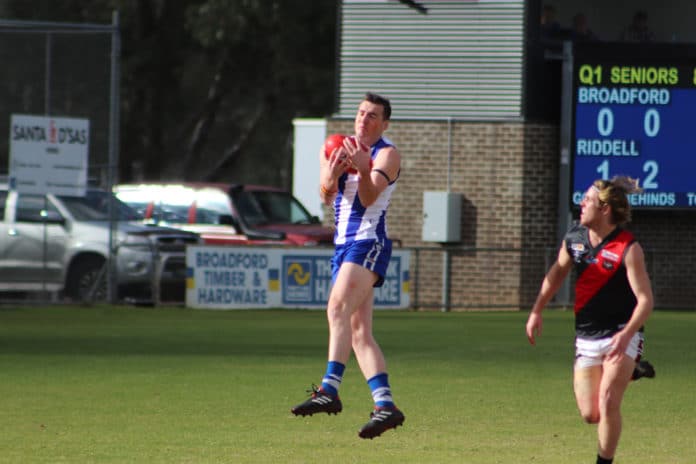 Broadford’s struggles continued as the Kangaroos suffered a 111-point loss to Riddell at home on Saturday.

The Roos were up against it right from the get-go and failed to score in the first term, but were admirable in holding off a possible Riddell onslaught to trail by only 22 at the first break.

Broadford was able to get on the scoreboard in the second term, kicking two straight but the Bombers started to take off, kicking 5.6.36 to lead by 46 points at half-time.

Riddell continued to put the pressure on the hosts, booting five more majors while Broadford kicked its last goal for the game as the deficit ballooned to 74 points.

The Roos added just one more behind to their total as Riddell piled on six more goals to seal the win.