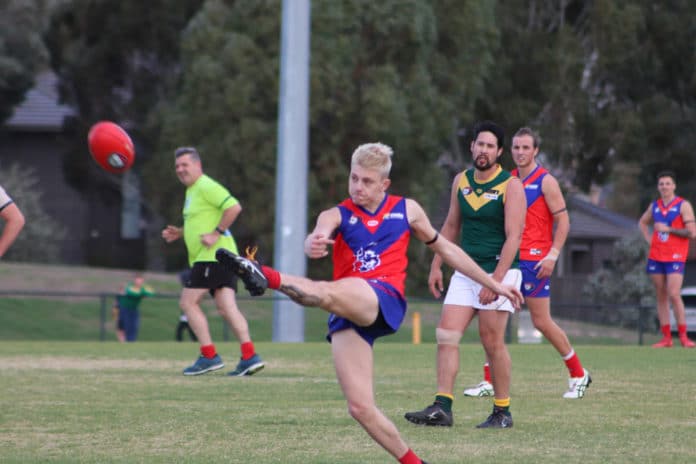 Mernda fought back from a third quarter barrage by Old Eltham Collegians to run away with a 48-point win at home on Saturday.

The win was Mernda’s second for the year and puts the Demons a game clear in sixth on the NFNL division three ladder.

A tight first term saw Old Eltham take a six-point lead but it could’ve been more as the Turtles’ inaccuracy in front of goal was costly, kicking 2.6.18 to Mernda’s 2.0.12.

The Demons took control of the game in the second term, holding Old Eltham scoreless while kicking three goals to lead by 20 points at half-time.

The Turtles picked up the pace in the third term, holding the hosts goalless and kicking 4.5.29 to lead by a goal at three-quarter time.

The Demons were able to withstand the pressure put on by Old Eltham in the third and gave it straight back and then some, keeping the Turtles scoreless and kicking eight unanswered goals to run away with the win.

Dayne Kellett kicked six goals for the Demons in a best on ground performance.

Riddell gets the best of Romsey