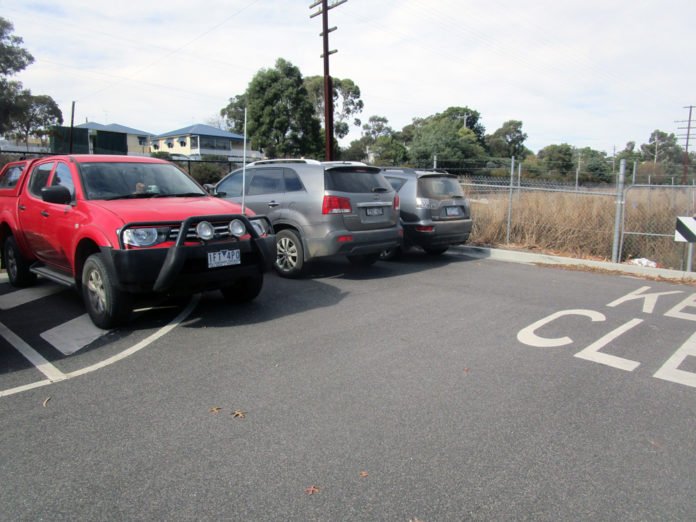 A DISGRUNTLED community group are calling for an extension of Wandong Railway Station car park after a change in zone fees is attracting more cars to park in the area for a cheaper train ride.

Wandong-Heathcote Junction Community group have contacted V/Line with its concerns of cars spilling over capacity at the station.

Some cars resort to parking illegally in no standing zones or are forced to find parking around the township – often in the café and hotel car parks across the road.

It costs $8.80 to travel by train from Wandong to Melbourne return, but if you travel from Kilmore East the cost of a full fare is $24.Wandong-Heathcote Junction Community secretary Allen Hall contacted V/Line to request a car park extension.

“With the introduction to natural gas to Wandong-Heathcote Junction and the unsightly Wandong wood yard being unlikely to reopen – Is this not an opportunity to recall the wood yard lease and extend the car park?” Mr Hall said.

V/Line chief executive James Pinder responded in a letter to the group saying funding had not been allocated to Wandong for a car park increase, but Mr Hall’s comments would be taken into consideration.