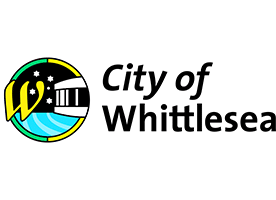 THE City of Whittlesea will not be placed under the guidance of a monitor.

The minister explained that a ‘contest of ideas’ was good for the functionality of the council, but unruly behaviour would need to dealt with under in-house measures.

“I note there are a range of mechanisms available to your council to address inappropriate behaviour by councillors,” she said in the letter dated June 13, received by council on June 20.

“This includes through the Councillor Code of Conduct… I note that the council’s meeting procedure local law also sets out the protocols to be observed during council meetings… it is my preference that councils make every effort to resolve councillor behavioural issues.

“Based on the council’s resolution, I am not satisfied that there is a serious risk of governance failure by the council at this time to warrant the appointment of a monitor.

“As the council notes, council business continues to progress normally and it is able to implement council policies and decisions. For this reason, I will not be appointing a monitor top the council at this time.

“I am confident that the Whittlesea City Councillors will resolve their issues in continuing to serve their community.”

The resolution to appoint a monitor was determined at a Special Meeting on May 8.

Councillors voted to appoint a monitor for a period of six months – down from the original 18 month request after an amendment.

City of Whittlesea mayor Kris Pavlidis said it was an exciting time for the region and she wanted to focus on the residents.

“I would like to thank the Local Government Minister for considering council’s request for the appointment of a monitor to the City of Whittlesea for a period of six months and we respect her decision not to do so,” she said.

“It’s an exciting time of growth and development for the City of Whittlesea and we have demonstrated that we continue to make responsible decisions on behalf of our community. The minister’s decision is an endorsement of her confidence in Whittlesea Council.

“We are still governing in an open and transparent way; in fact we’ve had the least amount of confidential agenda items as we’ve ever had and I’m proud this is happening under my stewardship.”

North Ward Cnr Tom Joseph, who voted to appoint the monitor, said he believed the right outcome had been reached.

“The special meeting called by councillors… was an exercise in grand standing and I believe the minister made the right choice in not appointing the monitor,” he said.

“I supported the motion with a shorter duration to assure the people of the municipality that there are no governance issues.”

Councillors were contacted but at the time of print could not be reached.