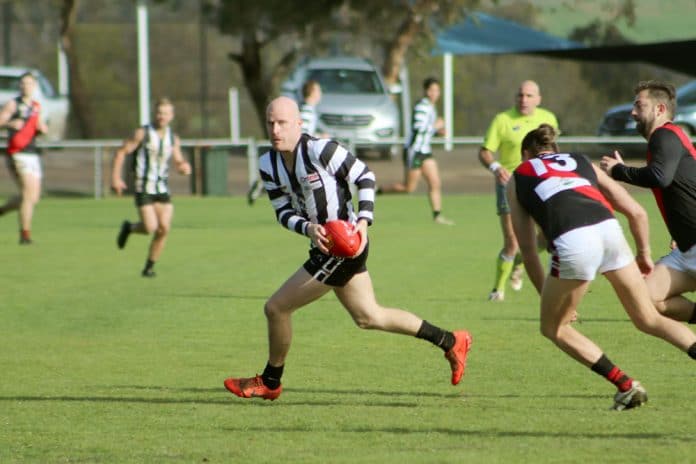 The Magpies, playing at home, dropped to fifth with the loss, a game back from Rupertswood and Riddell and a game ahead of Macedon with one round to go before finals.

A tight first term saw the Bombers take a three-point lead despite kicking against the strong Greenhill Reserve wind.

It was all Riddell in the second term, with the Bombers kicking five unanswered goals to take a 33-point lead at half-time.

Wallan was able to close the gap coming out of the long break with a two goal to one third term, but still trailed by 25 points at three-quarter time.

The Bombers put a stop to any ideas of a Wallan comeback, sealing the game with a four goal to two final term.

Wallan assistant coach Spencer Mathieson said the Magpies just weren’t able to get the advantage in the first term.

“From that point on we were behind in the game, Riddell took advantage of the breeze in second quarter, converted their chances in front of goal and from that point on controlled the game. They deserved their win,” he said.

The Magpies close the home and away season this week with a twilight game at Woodend Hesket.

Whittlesea Eagles ready to soar in NFNL division one

Power turned up to 11