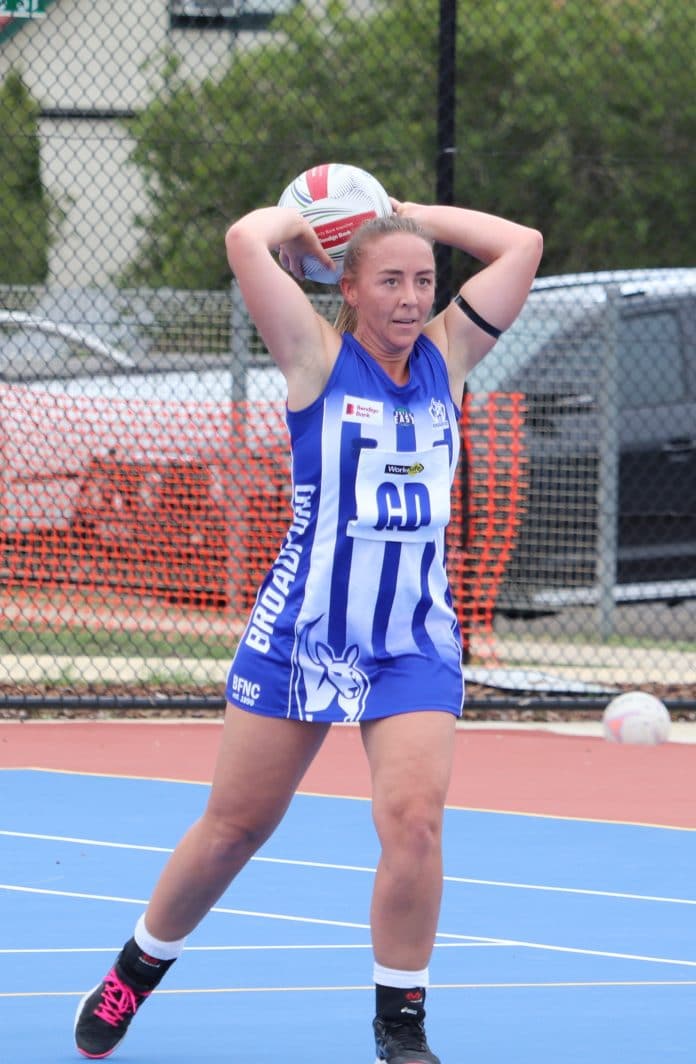 BROADFORD’S netballers continued their march towards Outer East Football Netball finals with another week of across-the-board wins in round 16.

The Roos’ A Grade netballers made short work of Yarra Junction, shoring up their grip on fourth place with an emphatic 62-35 victory.

Led by a 27-goal performance from Caitlin Hinrichsen, the visitors extended their lead at every break, with a 16-goals-to-five third quarter a highlight.

Hinrichsen is in a strong run of form after being named to the Outer East A Grade team of the week the prior round.

Roo Alyssah Chibnall was also on song with 15 goals, while Ally Black also put in a strong performance across the court.

Yarra Junction leaned heavily on Jessica Ellwood, 27 goals, in attack, but was well contained by Broadford throughout the game.

The Roos repeated their strong performances in both B and C Grade, winning 67-28 and 63-19 respectively.

Broadford’s A Grade side will test itself against finals-calibre competition with a road game against Alexandra this Saturday, with the Saints sitting second and sporting an 11-5 record.

The Roos’ 17 and under side will also play the Saints in the return from a bye.

On the football field the Broadford-Yea combination was unable to seriously threaten Yarra Junction despite a promising first quarter.

Sean Duggan kicked three goals for the visitors while Neeson Cook added two, and Angus Norris was the team’s best.

The team has an opportunity to earn its second win of the season this week in an away game against Alexandra, which sits second-last on the ladder with three wins and 10 losses.