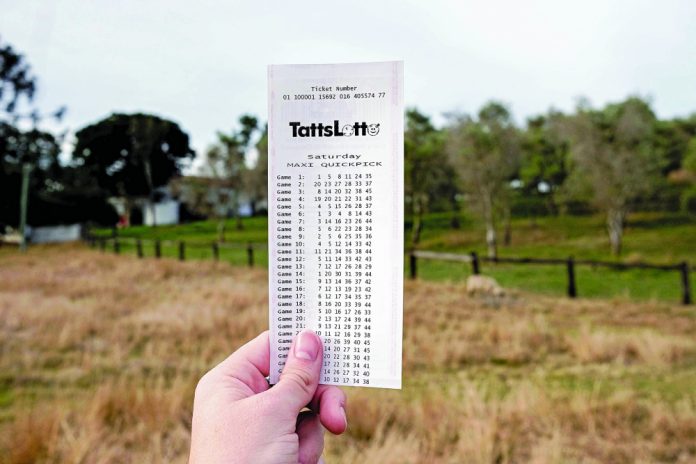 A new diamond ring for his wife is on top of the shopping list for a Kilmore man who won $600,000 in last weekend’s TattsLotto draw.

The retiree was one of the nine division one winners in TattsLotto draw 4273 on Saturday, winning a total prize of $606,313.65.

The man said he initially thought the winning phone calls were a scam.

“A few days had passed, and I received a text message altering me to check my TattsLotto tickets. I thought it was strange, but I did it anyway,” he said.

“I went down to the local newsagency and the owner was ready with a bottle of champagne. It’s all so surreal.

“I’ve been playing for many decades, and I’ve had many lottery prizes over the years but definitely not division one.”

He said he plans to spend the prizemoney to replace a diamond ring his wife had lost a couple years ago, as well as to purchase new transportation vehicles to manage farm stock on his property.

“We’ve had some tough times lately, and it’s fantastic to have some good news to talk about,” she said.

“This is our fourth division one winner from the last three years and our second major lottery winner within 10 months. We hope this is the start of many more.

“Congratulations to the division one winner and we wish him all the best with his exciting prize.”

The Lott’s division one winning tally has now reached 235 so far this year, including 97 won by Tatts customers.

Opportunity to be an MP for a day