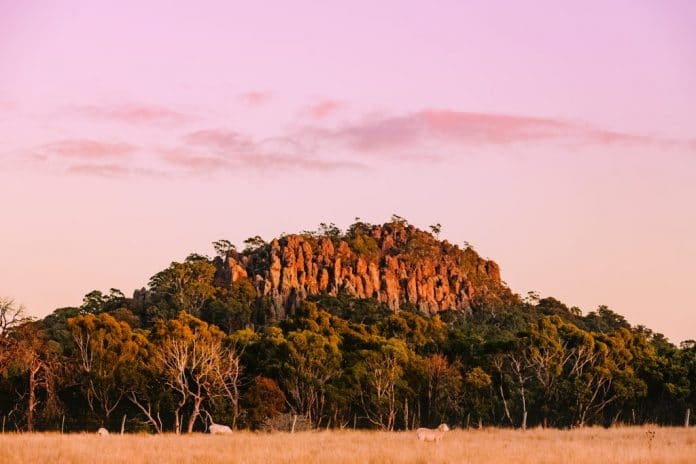 An attempt by a Macedon Ranges Shire councillor to reject the sale of Hanging Rock’s East Paddock to the State Government has been quashed.

Cr Geoff Neal’s attempt to reject the sale was largely centred on the effect it would have on user groups, such as Hanging Rock Cricket Club, which fears it will be homeless due a proposed master plan that does not include it.

The sale plans date back to a State Government election promise in 2018.

Macedon Ranges Shire Council has received an updated offer to sell the East Paddock, which would enable the entire Hanging Rock precinct to be under single ownership.

While council decided not to reject the sale, new conditions will be put in place.

The five sale conditions agreed upon at last month’s meeting included a valuation and offer for purchase be an amount equal to, or within 10 per cent of the current valuation assessed by council’s appointed valuer; appropriate legal mechanisms to retain the use of the land as public open space in perpetuity; retaining the committee of management for the Hanging Rock Precinct and the East Paddock for a transition period of at least three years; council writing to the Minister for Energy, Environment and Climate Change requesting it be formally represented as a permanent member of the future governance and management arrangements; and that limited concerts, events and markets can continue to be held on East Paddock.

A sixth condition was added at last week’s meeting stating: ‘council writes to the Minister for Energy, Environment and Climate Change, highlighting the importance of alternative facilities for existing Hanging Rock sporting groups being identified, planned, funded and delivered, should these groups be required to relocate as a result of implementing the master plan in its final form’.

Cr Neil described the master plan as opening a ‘Pandora’s box’, saying no one could be sure what the final product would be, or if current occupants of the land, including Hanging Rock Cricket Club, would have a place to relocate if the sale proceeded.

“Today, the East Paddock, owned and managed by Macedon Ranges Shire provides … benefit to our broader community. At this point, we are aware that we may not be managing the land for much longer,” he said.

“We must ensure the Hanging Rock Cricket Club and other sporting groups that operate from within the HRR are provided for by the State Government, not local government, with ground and facilities within the immediate area, so that their connection and heritage within the precinct can continue for another 100 years.”

While Cr Ridgeway said he sympathised with Cr Neil’s concerns but believed the master plan and the sale of the East Paddock were not ‘intrinsically linked’.

“They certainly coincide at the moment but just because we decide to hold back on the sale of the East Paddock, doesn’t mean the master plan cannot go ahead either in entirety or at least in part,” he said.

“Amalgamating the two areas into a single site gives a number of benefits, particularly for the ongoing management and planning of the area.

“In terms of achieving our aims and ambitions particularly with regards to the cricket club and other sporting bodies involved, I think we have a much better chance of achieving those aims if we choose to work with the government in the process rather than being antagonistic towards them.”

“It is such a well-known and cherished place,” she said.

“This was a very important decision for everyone and … we hope the community can see we’ve considered all submissions in the conditions we have attached to the sale negotiations of East Paddock.”

Gisborne growth and town character a concern for residents