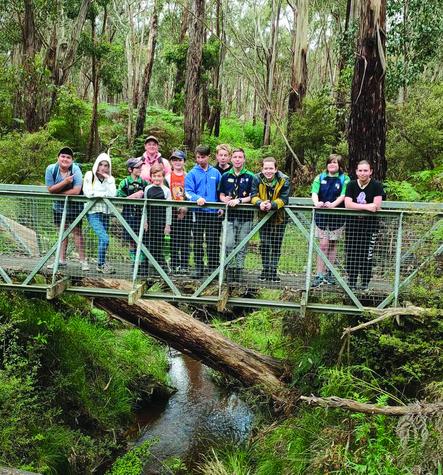 A new Scout hall is on the way for Kalkallo after Minister for Youth Ros Spence turned the first sod on the project last week.

The $1.2 million Kalkallo Scout Hall will be built with equal contributions of $600,000 from the State Government and Scouts Victoria.

The hall will be on the grounds of Gilgai Plains Primary School and is due to be completed in 2023.

Ms Spence, who is the member for Yuroke, said the hall’s funding was part of a 2018 government election commitment of $5.5 million to build and upgrade scouting infrastructure across the state. Scouts Victoria matched the funding with $5.5 million of its own.

Ms Spence said Scouts Victoria had a history of fostering teamwork, care for community and leadership skills among young people.

She said access to scouting activities would support young people’s development by creating opportunities for them to lead by example in their communities.

“This new hall will create a modern and accessible facility for new Scouts in Kalkallo to connect with their peers and experience all that being a Scout has to offer,” she said.

“As we continue to invest in the upgrades of Scout hall facilities across the state, we are also investing in the future of our young people who greatly benefit from the many Scout programs that support them to develop their skills and make life-long friends.”

Scouts Victoria is one of the state’s largest youth organisations and has a membership base of more than 20,000 young people and 5000 adult volunteers.

The number of young people participating in scouting has grown by 30 per cent in the past 10 years.

Author delves into history of Romsey