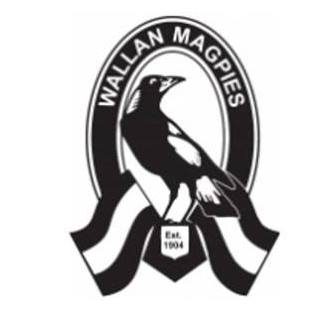 WALLAN will forge ahead with confidence despite a 40-point loss to Diggers Rest in a top-of-the-table clash on Saturday.

The highly anticipated Riddell District Football Netball League, RDFNL, match went in favour of the home side Diggers Rest, which was firing from the get-go, securing a 21-8 quarter time lead.

A four goals to two second term extended the Burras’ lead to 19 points at the main break, and despite a manageable margin to chase down, the Magpies failed to swoop in during the second half.

The 40-point margin was the most the Burras led by, deserving their win on the day.

Mitchell Day starred for the home side in front of goal, booting five, while he was supported with Mitchell Jensen’s three majors.

Sean Morris was the only Magpie to kick multiple goals, with two, while a further six kicked one goal each including Daniel Couwenberg and Steven Boyall, who were named in their side’s best.

Wallan assistant coach Spencer Mathieson said the side was disappointed it couldn’t match Diggers Rest’s performance but had not lost any belief in its ability to be a top side.

“They were a lot better at winning the footy in the contest, and they defended very well when we had the footy and we just couldn’t do it as well as them,” Mathieson said.

“We were just disappointed we didn’t play the footy that we were capable of.

“It was a big test, and they had the better of us on the day. By no means have we lost any confidence in what we can do – it was just one week.”

Mathieson said the game gave Wallan an opportunity to bounce back and play football on its own terms.

“But now we have to bounce back against Macedon in what will be a big game for us” he said.

“They beat us last year, the only side to do that … Macedon are a very good opponent and we’re looking at forward to the opportunity to play our best football.

“How you go against these sides in the top four is where you’re going to finish the year, and we’re going to play them again later in the year. So, in saying that we need to play better than we did last week.”

In other RDFNL results, Romsey looked in trouble at quarter time, allowing Woodend-Heskett to take a 16-point advantage and maintain a two-goal half-time lead.

Inaccuracy hurt the home side, which had kicked 5.14 up to three-quarter time before fighting back with an impressive six-goal performance in the fourth quarter.

Alexander Simpson led the Tigers’ goalscoring with five, while Melton’s Samuel Apineru matched that effort with five of his own.
This weekend, Romsey and Lancefield face off at Romsey Park.