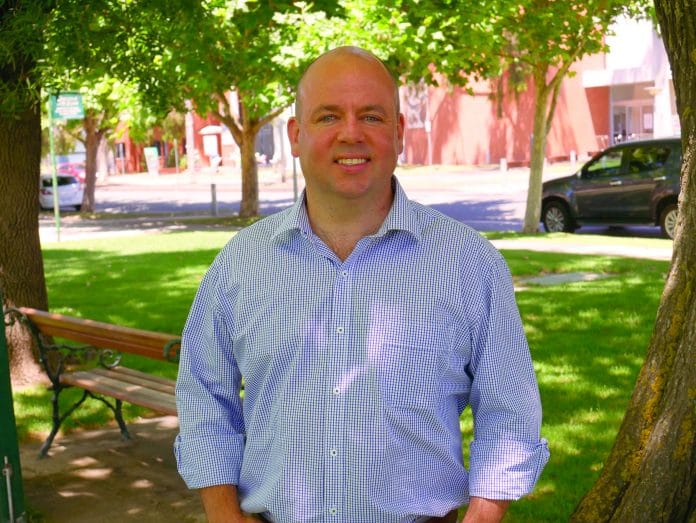 FUNDING for Seymour Community Wellbeing Hub and a redevelopment of Seymour RSL will remain high on new Member for Nicholls Sam Birrell’s priority list after his victory in Saturday’s federal election.

Mr Birrell retained the seat for the Nationals after the retirement of incumbent member Damian Drum, seeing off a strong challenge from independent candidate Rob Priestly.

Mr Birrell weathered a huge swing against the Nationals, with the party’s primary vote down nearly 24 percentage to just 27.29 per cent.

Mr Priestly won 25.73 per cent of the primary vote, with Liberal candidate Steve Brooks the next highest on 17.88 per cent.

On a two-candidate preferred basis Mr Birrell defeated Mr Priestly with 54.57 per cent of the vote to 45.43 per cent.

Mr Birrell, a former Assumption College student and agronomist, will represent Nicholls in opposition after the Liberal-Nationals Coalition government was defeated by Labor.

He said he would strive to secure funding for both the wellbeing hub and RSL extension, while pushing the government to look after the region.

As a first-time parliamentarian, Mr Birrell said he would build relationships across the political spectrum.

“It’s a combination of working constructively with the government when they’ve got good ideas and holding them to account when that is required,” he said.

“It was never a guarantee that we’d be able to deliver [the hub and RSL funding] from opposition, but I still think they are worthy, important projects that will improve people’s lives.

“Everyone in Parliament – whether they’re Labor, Liberal, Greens, Independent or Nationals – needs to understand that they’re there to improve people’s lives, and these projects are critical for that. I hope the government’s values mean that they strongly consider funding these projects.”

Mr Birrell said the swing away from the Nationals and towards Mr Priestly reflected a broader national trend.

“There was a swing away from major parties and towards independents across the board, so it wasn’t unique to our electorate,” he said.

“In Nicholls I think it reflects that Rob was a very good candidate and ran a very good campaign. I think we held on because enough people appreciated the record of delivery of the Nationals and understood how important the National Party can be for regional areas.

“I understand it’s not perfect and I admit we’ve got work to do, but we’re committed to doing that work.”

Mr Birrell said he had been in touch with both Mr Priestly and Mr Brooks following the election and wished them well.

He said his priority now was ensuring he had the trust of the electorate, which covers an area from Broadford in the south to the Murray River, encompassing the northern part of the Mitchell Shire, part of Strathbogie Shire, and the Campaspe, Greater Shepparton and Moira municipalies.

“I’m there as your representative in Canberra, whether you voted for me or not. I will be as accessible as I can be and work constructively for the community,” he said.

“I’m looking forward to charting our way forward. This is all about making the Parliament work for the people of Nicholls.”