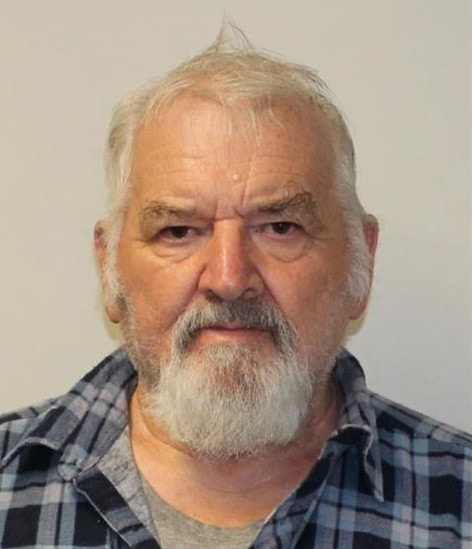 “I can confirm David was located in Seymour at around 9am yesterday morning,” he said.

“Police are thankful to the public who assisted in David’s search.

“Police were notified by a member of the public who spotted David in Seymour.”

No information has been released on the circumstances surrounding David’s disappearance.

The dark grey 2006 Ford RTV ute that David was believed to be travelling in was located in Seymour on Monday.

“Police hold concerns for David’s welfare as his disappearance is very out of character for him. Places that David is known to travel are the Tallarook State Forest and the Reedy Creek areas,” he said.

“Police are appealing to the public for any information they may have in regards to David and the vehicle he is believed to be driving.”

He described David’s disappearance as ‘out of the blue’, and said it was uncommon for the brothers to go without talking.

Peter said David’s three children had not heard from their father, which was even more out of character.

“It’s very out of character for my brother to disappear like this,” he said.

“It’s never happened before. We’re hoping that somebody, particularly over this long weekend, will sight him or his car and report it to the police so that they can bring him home.

“I’ve been trying to phone him for a fortnight now, just to say hello, and I haven’t been able to get hold of him.

Peter said it was possible that David was currently camping, but insisted that he would have likely have let someone know of his travel intentions.

“It’s a possibility, but he would have let his elder daughter know,” he said.

“As every day goes on, you fear the worst.”

Police have patrolled the Strath Creek, Tallarook State Forest and Reedy Creek areas since his disappearance.

Police believe David does not currently have a phone with him, and Peter said his brother did not have any social media accounts.

David’s vehicle was last seen on April 16 when it was detected going through an automatic number plate recognition location.

Police believe public information will be crucial in locating David.

If people have any information or believe they have seen anything that might assist in locating David, they can call triple zero or the Police Assistance Line on 13 14 44.

Young ballers get tips from the top

Management plan introduced for motorists in Macedon Ranges during autumn