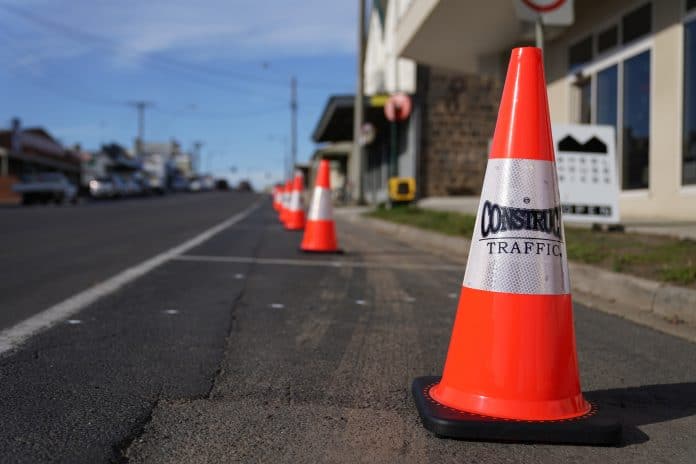 WORK on Mitchell Shire Council’s $4.65 million rejuvenation of Kilmore’s Sydney Street have commenced, with the project expected to take the rest of the year to complete.

The rejuvenation, one of council’s largest capital works undertakings for several years, will be split into two stages, with stage one between Clarke Street and Union Street now underway and projected to be finished in June.

Stage two between Union Street and Bourke Street is expected to start in July and finish in December.

There are plans to remove 34 on-street car parking places, but council said it would offset the losses with better access to off-street parking, more all-abilities car parks and two new public bus stops.

Works began with line markings on footpaths and kerbs on the western side of Sydney Street, with more substantive works to start in coming weeks.

Car parks on the western side have also been temporarily closed while work is underway,

Contractor Evergreen Civil has established a site office near the corner of Andrew Street and Union Street.

Council has vowed to provide information to affected businesses and residents throughout the project.

A council project officer will be available for drop-in discussions at the Kilmore library each Tuesday from 9am to 5pm and Thursday from 12pm to 5pm during the construction phase.

Mitchell Shire Mayor Bill Chisholm described the start of the works as ‘exciting’.

“We’re very pleased to see work beginning after many years of planning, preparation and checking in with traders, property owners and the community,” he said.

“We understand this will cause some disruption at different points as construction progresses. The project team will maintain contact with affected residents and businesses to provide updated timelines and to minimise the impact as much as possible.

“I want to thank the Victorian Government for their support in making this project a reality. This is one of the most significant projects Mitchell Shire Council has ever delivered and we could not do it without their funding partnership.”

Project updates are available at www.mitchellshire.vic.gov.au/kilmore-rejuvenation.