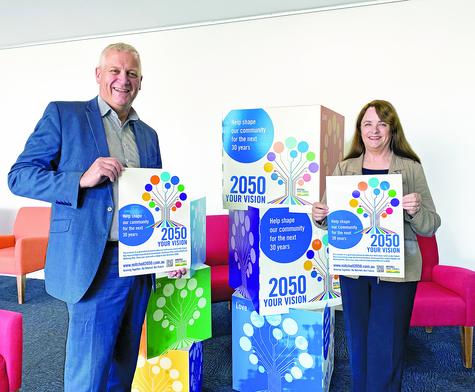 ZONTA Club of Mitchell will mark International Women’s Day today with a private event for past and present members, with a public event featuring three guest speakers open to the public on Friday, March 18

Zonta is an international organisation dedicated to improving the lives of women and girls through advocating for gender equality, reducing gender-based violence and increasing access to education and healthcare.

Zonta Club of Mitchell president Robin Audehm said International Women’s Day was one of the most important on the club’s calendar each year.

“It’s about recognising the achievements of individual women and the advances that have been made towards getting equal rights for women around the world, and it’s also recognising that there is still work to do in order to achieve equity in health, education and opportunities for women.”

International Women’s Day coincides with the fifth anniversary of the founding of the Zonta Club of Mitchell.

“Even through the COVID lockdown times we were able to get on through our Zoom meetings and still tried to do various different activities of support.”

“It’s for us to celebrate the success of local women in their various fields,” she said.

“I think each of them in a way has taken a path or achieved something that has gone against stereotypes.

“One as a general manager and editor of a newspaper, one as president of Broadford Football Netball Club and one as the Mayor of the shire.

“Each of them have broken stereotypes in what they’ve been able to achieve in their careers.”

She said the event would help support the work of the club, both within Mitchell Shire and further afield.

“Zonta prides itself on its global impact through local action,” she said.

“We do a lot of work for local girls and women including making breast cushions, emergency toiletry bags, and giving out scholarships for year 10 girls. We also support Love In Action in Wallan and Broadford.

“We get a lot of recognition for things we do around 16 Days of Activism and advocacy against violence against women, but it’s much broader than that.”

Tickets for Zonta Club of Mitchell’s International Women’s Day event are $30 and can be booked at Trybooking.

People wanting to find out more about Zonta International or join Zonta Club of Mitchell can email zontaclubmitchell@gmail.com or visit the Facebook page.