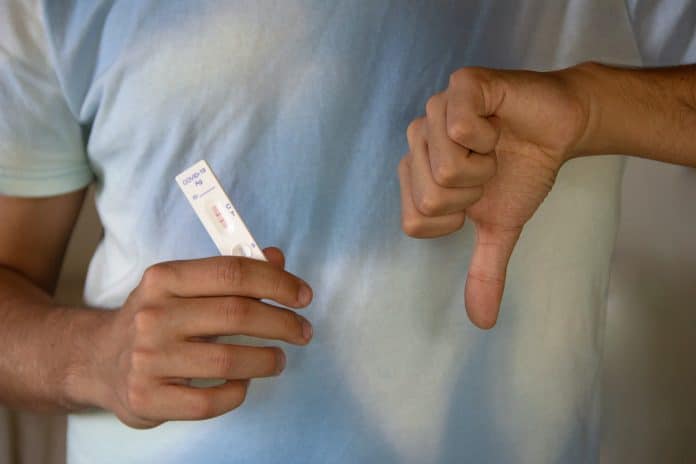 MEMBER for McEwen Rob Mitchell is concerned pensioners across the electorate have been unable to access free COVID-19 rapid antigen tests, RATs, despite a Federal Government program promising up to 10 free tests for concession card holders.

Mr Mitchell said he had been contacted by constituents who attempted to access free rapid tests under the government’s COVID-19 Rapid Test Concessional Access Program but had struggled to find them.

The program allows concession card holders to access a total of 10 free RATs from participating chemists during a three-month period from January 24, with a maximum of five tests in one month.

Kilmore pensioner Maria Nicholls said she tried to access tests through the scheme as soon as it was announced but could only find expensive testing kits at supermarkets.

Ms Nicholls said getting access to tests was important as her husband was immunocompromised and struggling with his health.

She said the couple struggled to find a chemist participating in the program.

“I know the scheme is through chemists but all the chemists we tried have said they [weren’t] part of it and we have gone as far as Epping to check,” she said.

Ms Nicholls said the government’s cap of five free RATs in a month and 10 overall was too low.

“The Prime Minister said on January 24 that pensioners could get them, but we didn’t get any until Monday [last week],” she said.

“Everybody else is selling them [for a lot of money] and we couldn’t get any free ones.

“They’re giving pensioners five each for a month, which is really not much.

“We’ve used about four already. My husband is not well and he ended up at the Northern [Hospital]. He had to be tested before he went and has used two tests since he got home.

“I’m really positive we’ll run out before the end of the month. They’re not giving pensioners enough.”

Mr Mitchell blamed the government for mismanaging the scheme.

“RATs should be free and accessible for all Australians, but as a result of Scott Morrison’s bungling, they’re neither,” he said.

“Scott Morrison was too slow to act in securing rapid antigen tests and now too many Australians can’t access the tests, either because there is no supply or because they are unaffordable.

“Unfortunately, yet again we see that Scott Morrison learnt nothing from his bungled vaccine rollout. Even after being warned by the Australian Medical Association about the importance of delivering a RAT testing system in September 2021, the Prime Minister has been too slow to act and now too many Australians like yourself can’t access the tests.”

A Department of Health spokesperson said the COVID-19 Rapid Test Concessional Access Program was voluntary for pharmacies to participate in, and stock control, sourcing and allocation of stock to the program or for private sale were at the discretion of each pharmacy.

The spokesperson said as of February 7, there were 4052 pharmacies Australia-wide participating in the program.

She said home delivery was an option for concession card holders.

“Eligible concession card holders may receive their RATs via their pre-existing home delivery service,” she said.

“Where the RAT is required as part of the public health response this will be provided free through the state and territory testing clinics.”

People can view the rules of the COVID-19 Rapid Test Concessional Access Program by visiting www.ppaonline.com.au/wp-content/uploads/2022/01/CRTCA-Program-Rules.pdf.