Home News Community Broadford resident’s call to ‘know your rights’ after being the victim of... 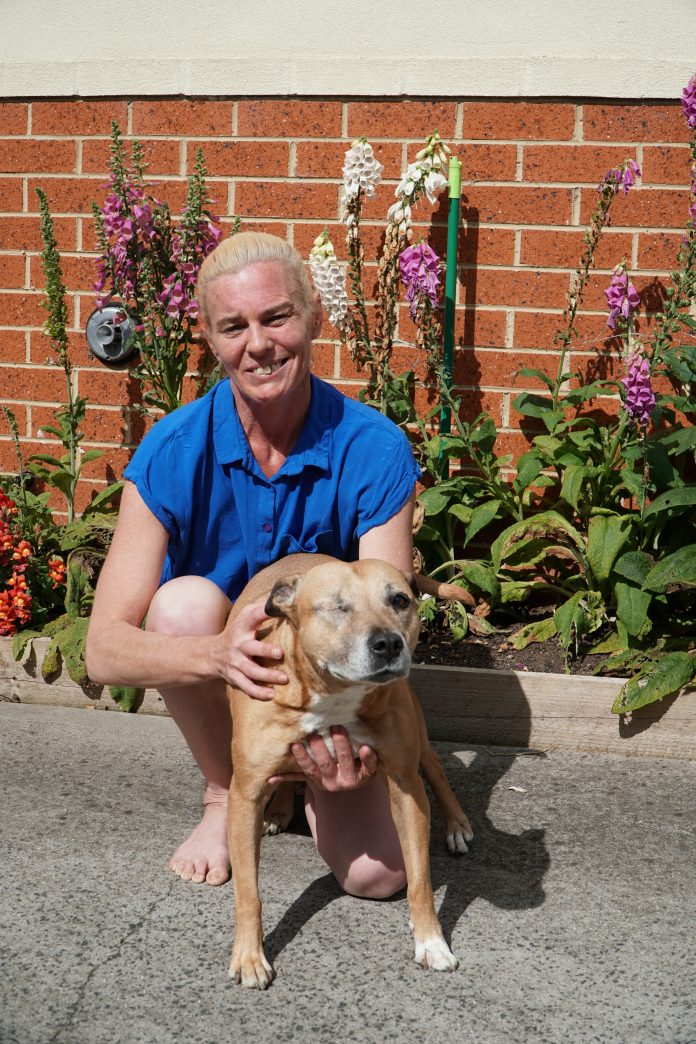 A BROADFORD woman has encouraged people to know their rights and demand to be paid on time after she and her daughter were made homeless due to non-payment of wages in 2019.

Jennifer Tucker and her daughter lived in a tent on the outskirts of Seymour along the Goulburn River for several weeks during the winter of 2019 after Ms Tucker said she was not paid for more than three weeks while working for a new employer, then based in Kilmore.

It was a devastating turn of events for the pair, and one which Ms Tucker said could have been avoided if her employer had paid her on time.

“The management actually took off and flew to Queensland the week prior to my VCAT hearing when I’d made it quite clear I needed to be paid or I’d get kicked out and become homeless,” she said.

“That’s exactly what happened – it was three days after VCAT gave me my notice to leave that they finally coughed up my wages. I have no idea if they paid me super at all.”

Ms Tucker’s daughter Sara was 19 at the time, and with both women studying part-time at university, they scrambled to survive while looking after their dog Honey.

“We ended up camping on the banks of the river at Seymour … for several weeks,” she said.

“We had to dig a four-foot hole and put a seat on top of a crate for a toilet. We were boiling water on the fire and putting it in a 90-litre tub to try to have a bath and wash ourselves.

“But on the days I left I felt horrible knowing that my 19-year-old daughter was alone in a tent on the opposite side of the river with no car, no licence and a dog.”

Ms Tucker said the pair eventually received support and temporary housing through the Salvation Army before being placed in community housing in Broadford through BeyondHousing.

But while she was thankful to have received support, Ms Tucker said it should never have been necessary.

“It was a horrendous experience. I had a violent ex-boyfriend at the time. He was also receiving assistance through the Salvation Army and was in the general area, so there was always that paranoia of him discovering us and something awful happening,” she said.

“We were in the position where charities had to help us, whereas if I’d been paid my wages on time I could have paid my rent and we never would have fallen into arrears and been evicted.”

Ms Tucker said she had initially been hesitant to share her story due to the stigma associated with being homeless, but now wanted to prevent others from experiencing what she went through.

She believes other people have also been underpaid by the same employer, and said wage theft was ‘rife’ in the Mitchell Shire.

“I did contact Fair Work at the time, but because I’d only been working there for a minimal amount of time they didn’t do anything.

Fair Work doesn’t do too much unless you’ve had employment for close to six months unfortunately,” she said.

“I just had to keep harassing them until they paid me, and by that time it was too late unfortunately.

“I think [that employer was] taking advantage of young, naive workers.

“If other people like me have had a bad experience and were in a position like me where they weren’t there long enough or just didn’t have the knowledge about Fair Work, I want them to know they’re not the only ones and maybe they should do something about it too.

“It’s not the Australian way, or the way the working world should work. People like that shouldn’t be in business. That’s not on.”

BeyondHousing chief executive Celia Adams said situations like Ms Tucker’s were not uncommon, and financial difficulty was the single most common reason for people seeking assistance with homelessness in the Mitchell Shire.

“More than one in every three households supported by BeyondHousing’s homelessness services here were experiencing or at risk of homelessness in 2020-21 because of financial difficulties,” Ms Adams said.

“Homelessness is no longer that stereotypical person sleeping rough.

“It’s people like Jennifer – just one life event, one pay packet away, from a devastating change in circumstances.

“Something that can happen to anyone like illness and mental ill health, a relationship breakdown, the loss of a job, or the failure to be fairly paid on time, can quickly result in losing your home and struggling to find somewhere else to live. That change from home to homelessness can be rapid.”

Ms Adams said with more people renting and home ownership moving beyond the reach of minimum-income earners, more pressure was placed on a limited rental market.

“There are a growing number of people in our region that are facing financial hardship and struggling to make ends meet,” she said.

“People who do not own their own home, those on low incomes and in insecure work, and women and children affected by domestic violence are particularly vulnerable.

“We can provide support to people who have nowhere to call home, but if we continue to neglect the deteriorating supply of affordable housing, we will see a rising tide of people and families experiencing homelessness.

“On the current trajectory, financial difficulties that result in housing stress or a housing crisis are only going to worsen for people on low and middle incomes, which is why we need the Federal Government to make an urgent investment in social housing.”