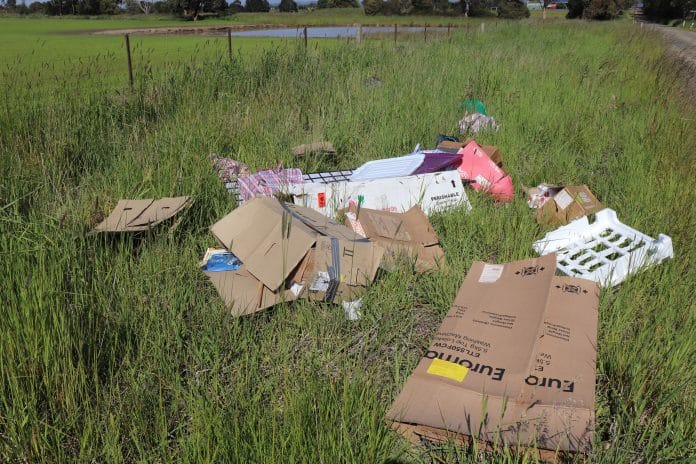 RUBBISH dumped on Costellos Road in Kilmore sometime between Tuesday and Wednesday last week has become the 167th report of illegal dumping made to Mitchell Shire Council since July.

Council estimates it receives 400 reports of rubbish dumping each financial year, making the 167 currently reported for the 2021-22 financial year slightly above average.

Mitchell Shire Mayor Bill Chisholm said council had sent a clear message with its procedures to report any illegal rubbish dumping if evidence was found.

“Littering and rubbish dumping is a real blight on our society and our environment. This is a problem right across Victoria and it is a problem on council land, on public land and on private property,’ he said.

“Dumping is expensive for all landowners to deal with, it is frustrating for our community who love where they live and it is incredibly frustrating to have to direct significant rates funding towards dealing with the issue.

“We have a clear message to anyone who litters or dumps – we will take action against people who litter wherever we can find evidence.”

When rubbish dumping is reported, in most instances a council local laws officer will be assigned to investigate whether evidence identifying the dumper has been left. If no evidence is found, council will clean up the rubbish if it is on council land.

If evidence is found, a notice is issued to the offender in accordance with the Environmental Protection Act 2017.

Council can take enforcement action, which can result in infringements or prosecution.

Mitchell Shire Council has cameras in key locations to detect illegal dumpers and also promotes information on what to do to report illegal dumping.

A council spokesperson said there was no evidence to suggest rubbish dumping had increased due to restricted access to resource recovery centres, and reminded ratepayers that five $40 vouchers are provided annually and that many recyclable items are also accepted free of charge.

To report any rubbish dumping, visit the Mitchell Shire Council website or call 57334 6200 for any urgent issues or incidents.