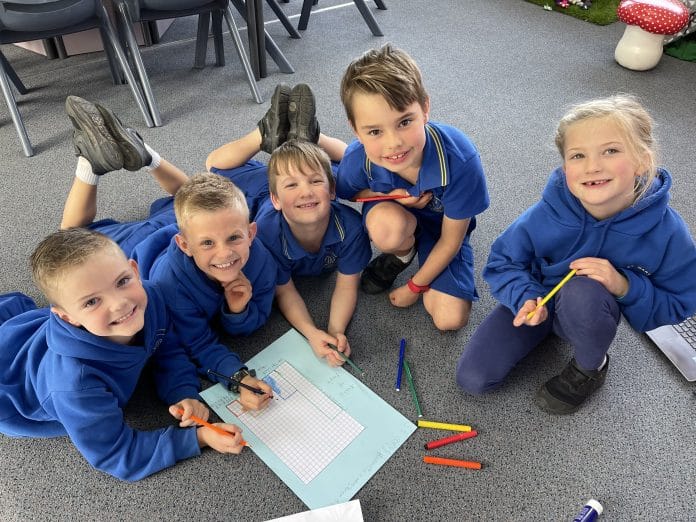 Whittlesea’s St Mary’s Primary School students have earned both state and national recognition for their maths investigations entered in this year’s Maths Talent Quest, with the prep submission winning at national level.

St Mary’s maths leader Alicia Clark said competing in the quests had been rewarding for the students, and it was great to see all entries submitted do so well this year.

Clark said at state level, all seven entries scored highly from the judges.

As a whole class, the prep students worked together with teachers Kristie Gibson and Jess Rowland to complete their maths investigation, based on the children’s story book The Very Hungry Caterpillar.

“The students did a whole bunch of math activities around the whole book including counting all the food the caterpillar ate, creating graphs on the different types of food and even made their own caterpillars and measured the sizes of them,” she said.

Five students from the grade one centred their maths investigation on endangered animals and worked with Ms Clark to complete the investigations.

“They also measured the size of each animal using pieces of string and investigated the costs to sponsor an endangered animal.

”The Maths Talent Quest supports numeracy development and encourages schools and students from any year level to engage in mathematical investigations in a fun and creative way.

“The idea of the Maths Talent Quest is to investigate a real like topic, and doing so by incorporating as many aspects of maths as they could,” Ms Clark said.