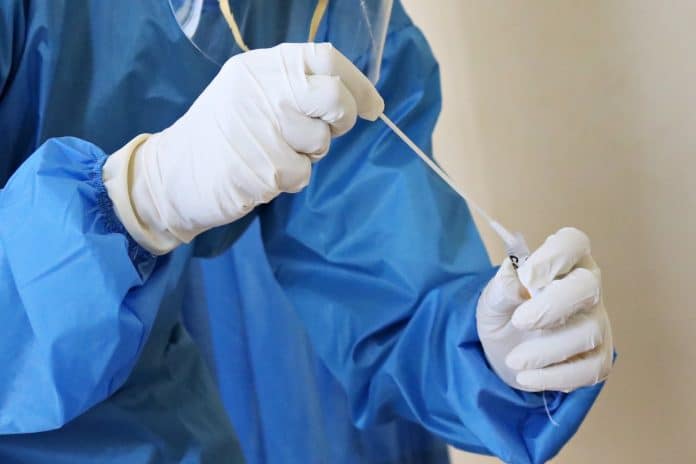 A new medical device, manufactured and developed in Melbourne, is helping reduce the stress in Victorian children when being swabbed for COVID-19.

The device sits at the base of the nose and collects virus particles for testing. It comes in a range of colours and designs, such as moustaches and cat noses, making the procedure less stressful.

Rhinomed Junior is currently being trialled with PCR tests at the Royal Children’s Hospitals drive-through COVID-19 testing clinic, which tests about 1500 children for COVID-19 per week.

About 250 children aged four to 18 will use the device over the six-week trial and the results will be compared with ‘traditional’ testing methods.

Alternative COVID-19 testing methods are going to be needed to maintain high testing rates in the community. Children, especially young children, can often become stressed during tests, which not only makes it harder to obtain a sample but is also distressing for the parents and treating clinicians.

Health Minister Martin Foley said the rate at which the device was inserted into the nose could be controlled by the young person, making the experience less traumatic.

“Taking a medical test can be a frightening experience for some kids, but as we know, testing is critical in limiting the spread of COVID-19 among young Victorians,” he said.

“Rhinomed lets kids control the rate at which the swab goes in, which increases their sense of control and makes the whole experience a lot less stressful.”

Meanwhile the Opposition continues to call on the State Government to change its stance on rapid testing.

Member for Euroa Steph Ryan said securing supplies of rapid antigen tests was urgent and would allow the state to reopen and return to some kind of normality.

“The Federal Government anticipates that rapid antigen tests will soon be approved for widespread use in the community, as is the case in other countries where you can buy the tests on pharmacy shelves,” Ms Ryan said.

“Both the New South Wales and federal governments are ordering supplies of rapid antigen tests.

“I am baffled as to why the Andrews Government has not done the same to ensure we can reopen as quickly as possible.”

“Rapid testing has been in place in Sydney’s aged care system since the middle of August to increase screening of aged care residents and visitors,” she said.

“Regular use of these tests, which can be used on a daily basis by people working in high risk settings, helps detect asymptomatic transmission and outbreaks.

“The Andrews Government seems to have an ideological opposition to rapid testing, repeatedly talking down the technology despite it being widely backed by epidemiologists.”

Cricket’s back, but restricted