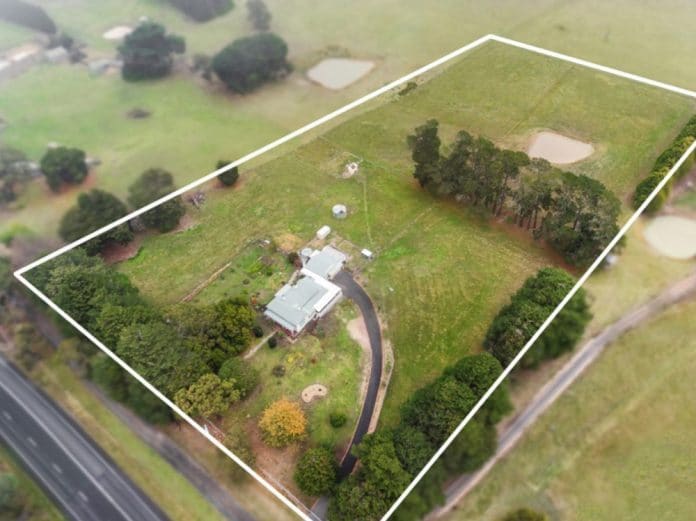 Land sales peaked in the Mitchell Shire in June as people raced to sign deals before the First Home Owner Grant was walked back from $20,000 in regional areas to $10,000.

“People tried to get into before the grant was changed,” Peter Hess of Wallan’s Hess Real Estate told the Review.

“Pretty much just about every block of land we had sold before June 30.”

While land sales have been strong for some time, lot sales in the Mitchell Shire jumped 10 per cent in the June quarter 2021, and a new record of 7,685 gross lot sales was recorded across Melbourne and its fringe regions, two per cent above the previous quarter’s peak.

But the northern growth corridor as a whole, including Hume, Whittlesea, Macedon and Mitchell, was the only fringe region to experience a quarterly decline in gross sales in the June quarter 2021, which fell seven per cent, despite Mitchell Shire’s jump.

The regional First Home Owner Grant was a $20,000 payment for first home buyers who signed a contract to buy or build their new home, where the contract or construction cost was $750,000 or less in regional Victoria.

All contracts from July 1 onwards are now only eligible for a $10,000 grant, in line with the grant for homes or land in metropolitan areas.

The scramble also contributed to land price increases across the state, with prices in some areas going up almost seven per cent in the first quarter of 2021.

Mr Hess said it was a mistake to make it harder for first home buyers to enter the market, because they helped the market.

He predicted land prices could dip slightly now the grant had been reduced.

“There’ll still be demand, it’s one of those things where sometimes these bonus means prices go up a little bit more, but sometimes when the bonuses go the prices come down a little bit,” he said.

RPM managing director of project marketing Luke Kelly said with the Melbourne median house price close to $1 million, the established housing market was ‘too hot’ for many right now, and buyers were responding especially well to the Mitchell Shire.

But he said demand was outstripping supply, which is ‘unsustainable’ and could see the market start to moderate and developers release less stock.

The regional bonus initially aimed to incentivise population growth outside Melbourne, but Mr Hess said that would continue to grow.

“Properties are moving a lot faster now and generally the sentiment is we want to get out of metro area,” he said.

“People working from home, or hybrid work is quite common, so that’s a change, but the incentive to buy out this way will always be there. It’s still cheaper land and it’s a better lifestyle.”