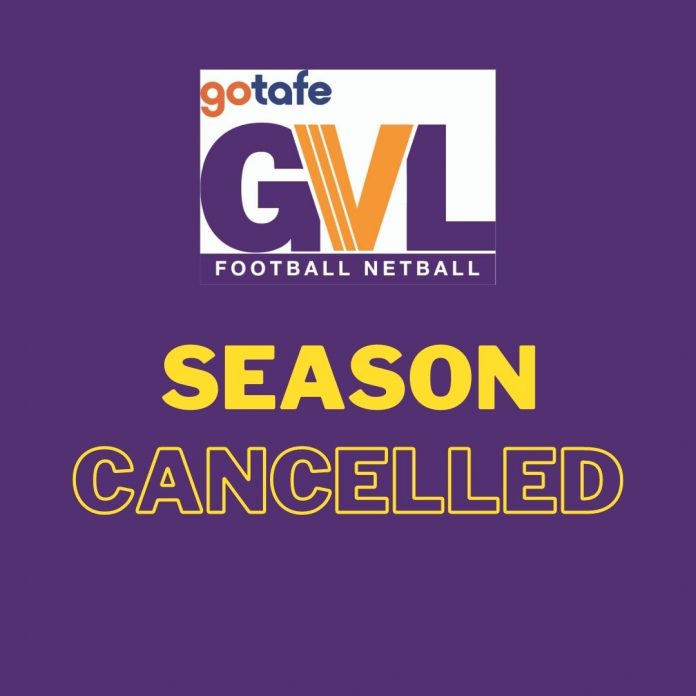 THE GOTAFE Goulburn Valley League, GVL, has revoked its decision to award premierships for the 2021 season, cancelling the remainder of its home-and-away fixture and finals series due to the uncertainty of when Victoria’s lockdown will end.

A statement released by the GVL board on Tuesday said Echuca, Shepparton and Shepparton United would be recognised as minor premiers for finishing on top of the ladders of their respective football and netball divisions.

GVL chairman David Roff said a decision to originally award premierships was to recognise the ladder leaders’ achievements throughout the season.

However, he said upon review, feedback from the three clubs as well as the other nine teams and supporters indicated this was not the best decision.

“In some cases, concerns were strongly expressed to members of the clubs concerned, when they had not been a party to the decision, which was neither fair nor appropriate,” Roff said.

Seymour’s senior side was the league leader for the majority of the season, winning the first nine of its matches. Two losses in the final two matches, affected by unavailable players and COVID-19 lockdowns, saw the Lions fall to third place by percentage.

As Echuca finished on top of the ladder at the conclusion of the season, a decision was initially made to award it the premiership – a decision that angered many across the league.

“It’s just quite strange, and you haven’t seen this decision in any other league in Victoria, so I just don’t see how they went out on a limb and did it,” Davey said.

“You’ve cancelled the season, so how do you award a season?

“If it was us, and we were on top, I wouldn’t have wanted it. We’ve got a choice at everyone going against you, but if Echuca come out and say we don’t want it, everyone will think what a good club they are.”

Davey said he received a number of calls and messages on the day of the announcement, and agreed it was the right decision to cancel the remainder of the season.

He then received a message saying Echuca had been named premier, and at first thought it was a joke.

“I looked at one message and it said Echuca’s the premiers and I thought, ‘that’s a joke, that’s funny’,” he said.

“And next thing I’ve got people ringing me, and [Euroa coach] Scotty Rowan, and he is wild.

“I didn’t get that wound up, I thought it really wasn’t a season, so it wasn’t a premiership, and I wasn’t really worried about it. But then I started thinking about it and I thought, ‘you just can’t be doing that’.”

Davey believed the club presidents had no say in whether or not premiers would have been rewarded.

In GVL’s statement announcing the season was over, it said the board made the decision to award premierships based on how hard all the clubs had worked through the interrupted season.

The statement also said the board met with the presidents of all 12 clubs, and almost half of them believed the season was over. Others would have liked to wait another week or two before making a decision, but conceded that more than likely the 2021 season was over.

Roff said that the decision wasn’t made lightly, and the lockdown’s extension across the state, a COVID-19 outbreak in Shepparton, and the overall safety of its players and community were contributors to the decision.

“We recognise the potential health implications within our communities, the financial burden of the shortened season and no finals to both our clubs and the league,” he said.

“The growing case numbers are making the easing of restrictions on September 2 highly unlikely and even if restrictions were to ease, we could quickly find ourselves back in another snap lockdown which could see finals further impacted.

“Further to that, we are still a long way off spectators being allowed back at games. We ultimately had to make the call-in order to provide clarity to everyone at all of our clubs.”