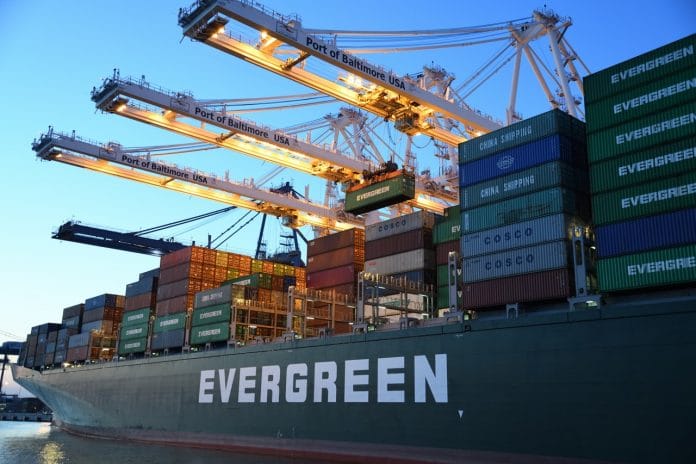 This is the 16th consecutive week of freight price inflation, according to global price indexing by Drewry Shipping, which has been on an upward trajectory since May 2020.

The cost of shipping a 40-foot container from Shanghai to Sydney has doubled since June 2020, while a container exporting goods from Australia to China has hiked 40 per cent. On the world’s most expensive route, Shanghai to Rotterdam, freight prices have increased more than 500 per cent.

The demand for goods has also increased in the past 18 months, causing a backlog of orders worldwide, while lockdowns in countries dealing with COVID-19 outbreaks have stalled manufacturing. With Australia importing more goods and raw materials than it produces, global delays and inflated prices have trickled down to small businesses already bogged by economic stagnation.

About 60 per cent of Mr Halit’s products come from overseas, predominantly China, through Australian importers. For an overseas product to be worth his shipping container investment, he looks to save at least 20 per cent on the product itself. But escalating freight costs have extinguished those savings.

“Things just keep going up all the time. We can’t sit on our hands and not have increases as margins is what pays our rent, staff and everything associated to run a small, family business.”

Mr Halit said some of his suppliers had increased their prices by as much as 40 per cent in the past six months alone, and were raising their prices every one to two months in reaction to inflating freight costs.

“There was a real glut and request for product, and these suppliers are trying to catch up,” he said.

He now tries to offer the smallest profit margin possible to keep his regular customers and to maintain sales turnover.

“At the moment the mentality might be that the price is too high, but after looking around [customers] will find the price is actually very fair, as all trade suppliers are going through the same financial impact,” he said.

His bank of cars ordered but not yet delivered has tripled, with the longest wait time being one customer who waited seven months for a car that Mr Dove said would normally have a three-month turnaround.

Manufacturing of Toyota Hiluxes in Thailand has been suspended since July 23 with a deadly Delta variant outbreak in that country.

“We’ve got some Hilux and Fortuna customers we’ll have to call and say look, your car was meant to be here at the end of August, but they still haven’t built it,” Mr Dove said.

“For us to manage that internally increases the labour I require, but we’re not delivering cars and that’s how we make our profit.”

Mr Dove said he had also been told processing times at the docks had blown out as companies deal with influxes of stock.

“That just means instead of us being able to deliver 80 cars this month we’ll probably deliver 50, and then that 30 will go into next month,” he said.

“But if we don’t get the Hiluxes and Fortunas out of Thailand, that month’s still going to be terrible as well so in the long run we’re certainly suffering.”

The challenges remain for Australian exporters too, as they compete for containers amid sky-high demand.

Bron Dunwoodie, co-owner of Seymour wine producer Wine by Sam, said they had ships and containers delayed as long as five months, meaning hundreds of thousands in revenue on hold.

One booking of six containers to carry 200,000 litres of their wine overseas was picked up last week after it was scheduled for June 1.

“We were in a queue but it really was just constant [contact] with the shipping agent and even they weren’t too sure – it really came down to the wire,” Ms Dunwoodie said.

“They’d vary from a month to four to five months’ delay [but] normally if we want to book a ship it would be a week or two.”

According to Sea-Intelligence, a global supply chain data provider, overall global liner performance is at a 10-year low. Less than 40 per cent of vessels arrived on time in April 2021, compared to 75 per cent in April 2019.

Ms Dunwoodie said with a seasonal product like wine, the delays had sent their operations into uncertainty.

“The knock-on effect is not just the cashflow situation, we’ve just had a vintage and we’ve got to move the wine out before next vintage,” she said.

“Holding those 200,000 litres has impacted our ability to blend and pack down other [wines] and has caused constriction in production and added another layer of difficulty.”

With about 80 per cent of all goods transported by sea according to the UN Conference on Trade and Development, and freight costs at a record high worldwide, experts in Australia and overseas predict prices will continue to rise.

COVID-19 continues to cause chaos