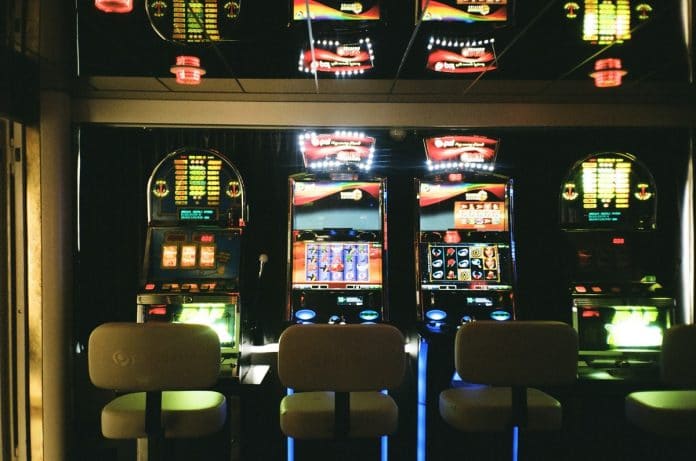 “I think it’s against what we stand for within the community,” she said.

“We’re proactive in responding to many social harms, such as mental health, suicide … [and] violence against women.

“We’re doing that on the basis of the impact on our local community, and if we’re receiving [money] from a venue, under the electronic gaming machines, that we know causes harm to the community, then it seems to not really align with our commitment.

“We’re members of the Alliance for Gambling Reform and … [it] advises councils not to accept financial contributions and not promote community grants initiatives offered by local poker machine venues.”

Cr Rob Guthrie said all venues licenced to operate gaming machines had a legislative requirement to donate at least 8.3 per cent of their profits to local groups, and the tavern should distribute the funds on its own.

“It’s almost like we’re supporting poker machines by having it come through us,” he said.

“They [are] required to distribute the funds for the benefit of the community, and they should be doing that directly, as all the other venues across the state do.

“Bendigo Bank distribute directly to the community. That’s an example of the way it should be done, and that’s the way we should be telling the Victorian Tavern to do it.

“I don’t support electronic gaming machines – I never have, and I never will. I would like to make it very clear to the community that this council does not recognise them at all.”

Cr Anne Moore moved to amend the motion to state council would not accept money raised by electronic gaming machines at any venue in future years, not only the Victorian Tavern. The amendment was accepted by councillors.

Crs Bill West and Geoff Neil opposed the movement, saying it would leave a shortfall in the funding scheme that council would need to cover itself.

“Council is throwing away the chance to see $15,000 distributed through local organisations for working projects this year, and the substantial accumulation of funds distributed over a period of time. It’s got long-term implications,” Cr West said.

“The arrangement in place … for quite some years with the Victorian Tavern has apparently worked well, yet this motion means it will be ended this year.”

Cr Neil said the movement unfairly singled out the Victorian Tavern as a target, as no other gaming machine venues in the shire contributed to council’s community funding scheme.

“The Victorian Tavern Trust was set up in 2007 with the objective of directing a portion of its gaming machine revenue towards providing community connectedness and recreational alternatives to the pokies. They have distributed funds, and the people that gain from these funds are the people of Gisborne,” Cr Neil said.

“Yes, we could cover that in our budget, but at the end of the day, it means that 15 per cent of the money distributed annually via our community funding scheme won’t be there.

“Prospective recipients of grants by the hotel are made aware of the origins of their grant and given the choice to accept or reject it. To my knowledge, nobody has rejected yet, because all of those groups have been happy to be able to achieve their objective.”

During a heated discussion Cr Neil suggested council taking an anti-gaming machine stance could have a negative effect on other pokies venues such as Kyneton Bowling Club, leading Cr Pearce to raise a point of order that Cr Neil was not confining his debate to the subject of the motion.

“When people are told … ‘you can have your [money] but it comes from the Vic Tavern, are you still willing to accept it?’ that’s a really hard call for a community group because if they don’t accept it, they’re not going to get their funding,” she said.

“This is about council taking a stand and saying we have our own allocations of funds, but we do not wish to distribute on behalf of electronic gaming machine venues.”

City of Whittlesea will run a COVID-19 community briefing tonight