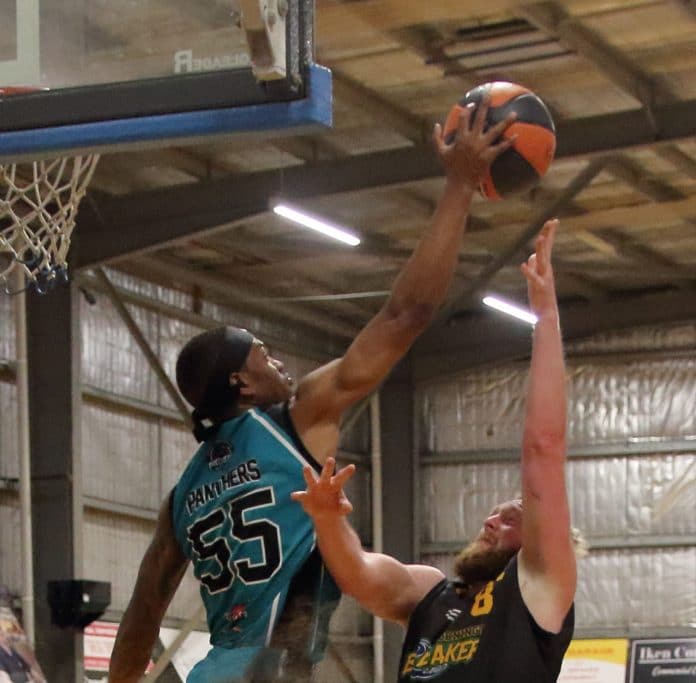 WALLAN Panthers relished a return to Big V basketball action at the weekend with wins across the board.

Big V competition had been on hold since late May in line with the State Government’s COVID-19 restrictions, but was able to return with a full round on Saturday and Sunday.

The Panthers’ division two men’s team flexed its muscle against the Mildura Heat, outscoring the visitors 61-36 after quarter time to record an 87-64 win at RB Robson Stadium on Sunday afternoon.

Wallan benefitted from a balanced scoring output, with Keenan Gorski draining five three-pointers on the way to a team-high 23 points and Sharif Black and Dom Bruno adding 22 and 21 respectively.

Leigh Saffin struggled to find his range, only connecting on two of 11 three-point attempts, but grabbed seven rebounds and tallied 12 points for the game.

Wallan was able to empty the bench late in the fourth quarter, with Bailey van Hout, Kaleb Balcha and Brad Butler all earning minutes.

Wallan’s division two women rallied from a half-time deficit to beat Corio Bay 59-45 at home on Sunday, with Alex Darby leading the way.

While the rest of the team struggled from the field, Erin Mifsud, Amber Ross, Sarah Scott and Karina Marasco did enough to keep the scoreboard ticking over, while Carly Simmons contributed with eight rebounds and four assists despite missing all eight of her field goal attempts.

It was one-way traffic for the youth league division two men in a 128-68 romp against Chelsea on Saturday night, with seven Panthers scoring in double figures, led by Callum Griffith’s 25.

The team could not back the performance up on Sunday however, losing to Wyndham 78-56, with Melissa Buckley’s 12 points leading the way.

This weekend the Panthers’ men will host a double header with games against RMIT at 8pm on Saturday and Altona at 3pm on Sunday.

The women will be at home to the same teams, playing curtain-raiser games at 6pm and 1pm respectively.