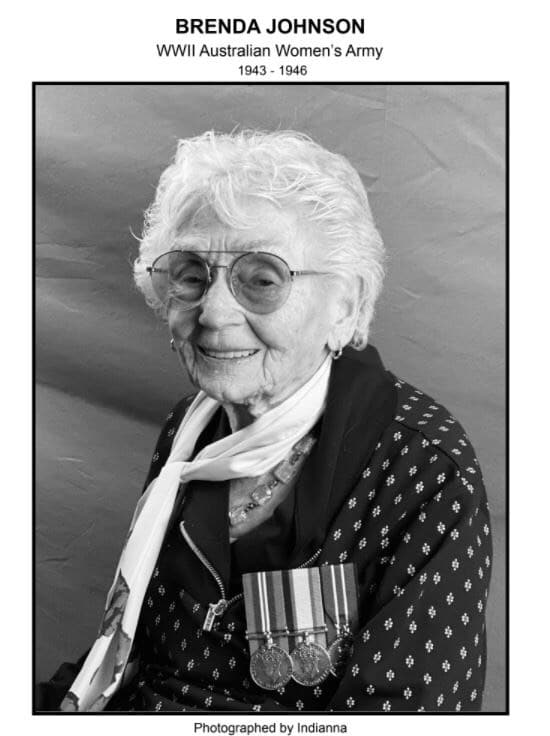 The Science, Technology, Engineering, the Arts and Mathematics, STEAM, project started earlier this year, with the school calling out for veterans to be part of its creation of a ‘unique’ memorial space to honour people who fought in the war.

The students have been involved in workshops to learn key skills required at each stage of the project, interviewing, portrait photography, and recording.

To date, the Kilmore school has interviewed and photographed 18 veterans ranging from World War Two to Afghanistan, with another eight interviews to come.

Information and communication technology leader Shelly Michalke said the goal was always clear from the beginning.

“STEAM projects have a starting point, and our starting point was that we knew we wanted to gather the stories of our local veterans and take their photos,” she said.

“We want to honour our local veterans, share their stories.”

The students have also been able to learn about remembrance, Anzac Day and the stories of war veterans, as well as adapting their skills to create a project that reflects the veterans’ best interests.

“Students have gained an incredible insight into the meaning of mateship, remembrance and Anzac Day, along with the many deployments the Australian Defence Force does to help communities such as peacekeeping and disaster relief,” Ms Michalke said.

“We have learnt that the sacrifices made have had a significant, ongoing impact on those who served, and the important role the RSL continues to play in the lives of so many.

“The veterans have not only offered their stories and portraits, but they have also been active in suggesting design ideas, for example it was the veterans who have suggested we look at displaying our finished design in Kilmore town centre to share beyond the school community.”

Ms Michalke said both the veterans and students have shown particular enthusiasm in working with each other, allowing a meaningful project to be created.

“The support from the veteran community and in particular Kilmore-Wallan RSL has been unimaginable,” she said.

“It is because of this community support that this project has been elevated beyond the small-scale project we were initially anticipating.”

It is expected the project will be revealed in time for Remembrance Day in November.