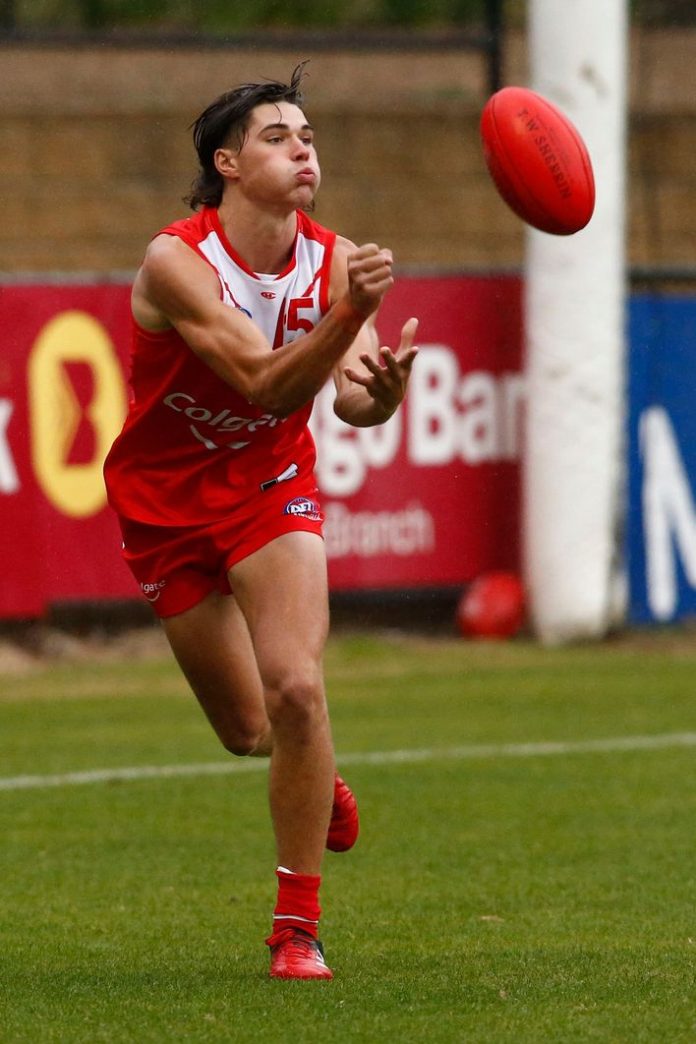 Ask anyone at Seymour Football Netball Club, and they’ll most likely say how proud they are of Sam Durham – not only for being drafted by AFL club Essendon but for the type of person he has grown up to be.

Seymour senior coach Ben Davey has known Durham since he was a baby, and said the Bombers had not only drafted a talented midfielder, but someone who would remain loyal to his new side and teammates.

“I coached Sam through a lot of his junior football years, and he has always shown above-average ability in most sports, whether it was football, basketball, running or athletics,” Davey said.

“He was good in the under 18s without being outstanding, but he is the type of person who needs to feel a good bond with who he’s with to play his best.”

Durham missed out on selection in the 2019 AFL national draft after being eligible for selection as a Murray Bushrangers player.

As an apprentice carpenter, juggling commitments was challenging for Durham.

“Sam was waking up at 6am to go to work, would finish around 4pm and travel the one-and-a-half hours to get to training. You could see where it would get difficult,” Davey said.

Durham’s commitment and ability was noticed however, as he earned a spot with Richmond’s VFL side.

He was regularly performing for the Tigers, with talk the Richmond AFL side would select him in the mid-season draft.

But the Tigers went into the draft with pick 10 as their earliest selection, allowing the Bombers to snap up Durham.

He will now play alongside some of the best young talent in the AFL in the likes of Archie Perkins, Nik Cox and Harrison Jones.

Davey said Durham’s need to create strong relationships had remained apparent throughout his sporting life and that he had stayed close with the group of players he grew up with.

Davey suggested Durham had not always ‘been a big watcher of football’, but rather stayed invested in the sport because of the bonds he had created with his teammates.

“Sam really wanted to play for Seymour this year, because he would be playing with his mates. But I think once he played with the Richmond VFL side, it got easier for him,” he said.

“He got a sniff of it all and he realised he would be okay after he got the games.”

Durham worked hard for his opportunities.

When Victoria’s COVID-19 restrictions meant football competitions were cancelled, Davey, along with Kelvin Lubeck, would run a series of strength and conditioning sessions.

“Come to preseason time, Sam was already fitter than everyone else because he was doing most of those strength and conditioning sessions,” Davey said.

Since being drafted, Durham has reached out to everyone who has helped him along the way.

“I think the big thing is so many people have helped Sam, and he has made sure, even through a message, to reach out and thank every one of them personally,” Davey said.

Northern clubs ready for the bounce