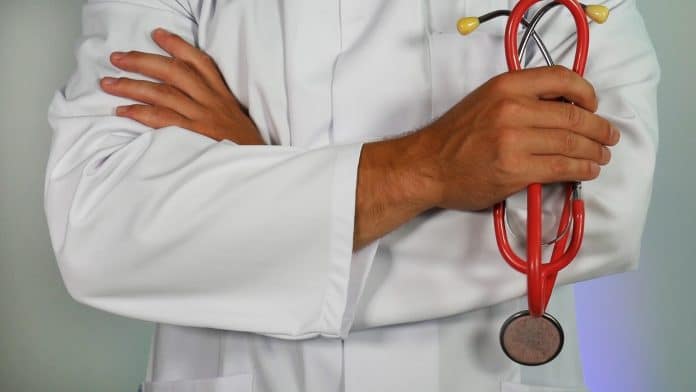 A rampant doctor shortage in Wallan and surrounding towns is blowing out waiting times to secure a doctor’s appointment, distressing patients and heath workers.

Medical professionals say the shortage is due to Wallan now being classified as metropolitan, not regional, changing the type of doctors that can be employed.

Doctors are working six-day weeks and administration staff are bearing the full force of frustration from patients.

The doctors shortage is endemic to Wallan, but part of a broader problem across the Mitchell Shire.

“I am stuck on my own. If I stay on my own, I don’t know what to do. I may change into private billing to reduce the number of the patients,” he said.

Dr Shubbar said he never had a problem finding doctors in the past due to Wallan’s former classification as a distribution priority area, DPA, which identifies maldistribution of GPs across Australia.

A Department of Health spokesperson said DPA status allowed an area to employ doctors subject to location restrictions, such as international medical graduates and Australian doctors participating in the Bonded Medical Programs.

“DPA status does not guarantee a doctor, but it does allow practices to recruit from a larger pool of doctors to increase access to GP services,” they said.

Wallan was previously classified as a District of Workforce Shortage (DWS) for GPs under the previous system. When the system was changed to the current DPA method in 2019, Wallan was classified non-DPA.

“Wallan is classified as a non-DPA area as it has been assessed as receiving GP services that exceed the benchmark,” the Department of Health spokesperson said.

“We are not an area of need so we cannot get doctors who are under training, we can only employ doctors who have their full fellowships or have worked for 10 years in Melbourne.”

Overseas trained doctors and foreign graduates of an accredited medical school are prevented from accessing the Medicare Benefits Schedule for a minimum period of ten years from the date they register in Australia as a medical practitioner, but exemptions from this requirement may be granted under selected circumstances, including where a doctor seeks to practise within a DPA.

Dr Shubbar said encouraging Melbourne doctors to travel to Wallan for work was a folly.

“In the city [doctors] can get better work, and travel less, for the same money,” he said.

Member for McEwen Rob Mitchell said while Wallan clinics had to compete with Melbourne clinics where doctors could earn more money, the issue existed before the reclassification.

“It’s not just limited to us and it’s not a new problem,” he said.

“It’s serious situation, people are trying to get to a doctor and there are none around and it brings up a lot of frustration.”

Mr Mitchell said he had written to Federal Minister for Health Greg Hunt about the issue several times, and intended to keep putting pressure on the government.

“We’d put in that this is a growing issue in the area with the shortages and it’s happening more and more often,” he said.

Mediq receives up to 150 appointment enquiries each day, which are generally booked two to four days in advance.

“It’s really sad. You can hear people are sick over the phone and we just can’t help them,” Mediq’s head of administration Marie Fkiaradellis said.

Ms Fkiaradellis said she and two other Mediq administration staff had been abused and threatened, to the point where the police were called.

“Obviously they get very, very upset, they cry, they’re so distraught because they don’t know what to do, some become physically abusive, some have even punched our screens,” she said.

“I’ve had points where I’ve thought, I cannot go into work. It’s put people off working here, we’ve had receptionists leave because of the stress.”

“The problem is our [receptionists] are embarrassed with people pleading for an appointment. The staff are very upset at having to tell people no,” he said.

“We’re getting people coming up from Mickleham now,” he said.

“It’s been really the last three or four months, it’s just gotten out of hand.”

A doctor shortage across regional Victoria has been widely reported since before the pandemic, and in March this year the Federal Government launched a new rural-based medical program under the Murray-Darling Medical Schools Network to tackle the issue.

Several medical schools in the network – including the University of Melbourne, La Trobe University and Monash University – have established five rurally-based graduate entry programs across the Murray-Darling region, drawing students away from Melbourne.

But in the Mitchell Shire, residents say the issue is getting worse.

A Review Facebook post last week attracted more than 100 people commenting about their experiences in the past three months.

Kilmore resident Fran Cleland, who initiated conversations about the shortage on social media earlier this month and called for residents to lobby politicians, said the growing population in the area would only create more demand.

“If you look around and see all the new housing estates going up, unless they expand the opportunity to have more doctors in this area, the situation’s going to get worse,” she said.