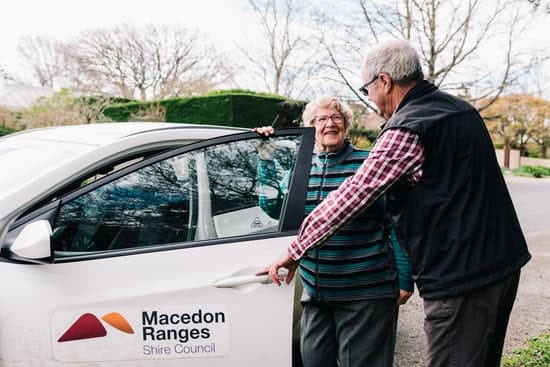 Expenditure of $7.068 million on road infrastructure and $6.7 million for recreation, leisure and community facilities are highlights of a $102 million Macedon Ranges Shire Council draft budget.

A key component of the money spent on recreation, leisure and community facilities is $5.2 million for the Macedon Ranges Regional Sports Precinct.

The council endorsed both the 2021-22 draft budget and revenue and rating plan at a meeting last week.

East ward councillors Geoff Neil and Bill West moved and seconded a motion to alter the draft budget by reducing the the Open Space Reserve – East ward’s allocation from $350,000 to $54,000 for the Macedon Ranges Shared Trail Project.

The two councillors believed the central ward should increase its contribution to the trail from $300,000 to $596,000.

They also wanted consideration to be given to the future of each of the four current open space reserve areas, when the council’s financial reserves policy was next reviewed.

Crs Neil and West were the only councillors to support the motion.

An alternative motion, largely similar to the original but allowing residents to not only pay their rates in four equal instalments but in one lump sum if desired, was carried.

Residents can now have their say on the annual draft budget, which outlines the proposed revenue, expenditure and resources to maintain and deliver council services, facilities, projects and infrastructure during the next financial year.

A rate rise of 1.5 per cent is proposed, in line with the State Government’s rate cap.

Fees and charges for garbage, recycling and garden collection will be $465 for properties that have four bins, including a food organics garden organics bin.

Other expenditure in the draft budget includes $4.965 million of building works, including $348,000 for roof works at Kyneton Museum and $123,320 for council building energy and water-efficiency upgrades; $1.389 million for footpaths and cycleways; $957,000 for parks, open spaces and streetscapes, including $70,000 towards the final stages of Romsey Ecotherapy Park.
Macedon Ranges Mayor Jennifer Anderson said the rate rise would support council efforts to maintain critical community infrastructure while continuing to provide quality services.

Cr Anderson encouraged all residents to provide input on what she said were important documents that would guide council’s focus.

“We’ve worked hard to prioritise initiatives that support current and future community needs in an environmentally and economically sustainable way, and we want your comments, ideas and suggestions before finalising the plan,” she said.

“Councillors and council officers have spent many hours developing a budget that both continues to provide the additional support needed in response to the COVID-19 pandemic, but also looks for new opportunities to support the whole community in both the coming and future years.

“I invite you to submit your feedback, in support or to suggest other changes. We look forward to hearing from you.”

The draft annual budget 2021-22 and draft revenue and rating plan 2021-2025 are available for inspection at council’s customer service centres in Gisborne, Kyneton, Romsey and Woodend. People can also view the documents online at mrsc.vic.gov.au/yoursay.

Submissions will close at 5pm on June 8. Residents who submit feedback can register to present at a submitters committee meeting at 7pm on June 16.

Council will consider the budget for adoption at a special council meeting scheduled for 11am on June 29 at the Gisborne Administration Centre, 40 Robertson Street, Gisborne.

People can submit feedback online via the have your say section on council’s website; via mail addressed to the chief executive officer, Macedon Ranges Shire Council, PO Box 151, Kyneton VIC 3444; or via email to mrsc@mrsc.vic.gov.au.

Broadford Memorial Park playground upgrade to begin in May