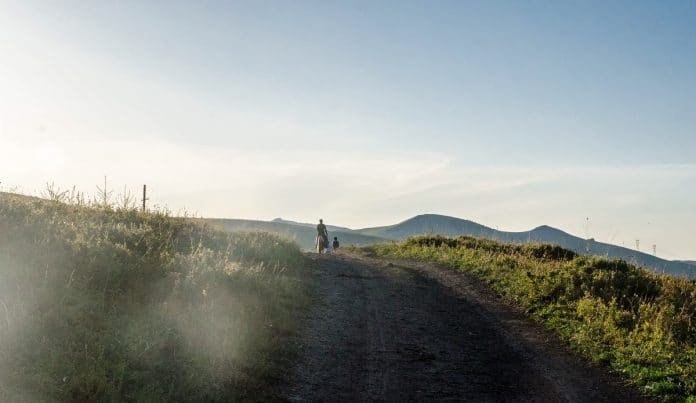 A central Victorian horse riding group is promoting its campaign to educate motorists about risks to rider safety on the road during National Road Safety Week this week.

Led by Avenel resident Helen Windsor-Ryley, who agists horses on her cattle farm, the social media campaign calls for vehicles to slow down, leave a wide berth and be patient around horse riders.

Ms Windsor-Ryley said she had seen and experienced countless instances of reckless driving around horses, and blamed ‘inadequate’ road rules and a lack of understanding among rural motorists.

Victorian road rules categorise mounted horses as vehicles, which can use roads, footpaths and nature strips, but Ms Windsor-Ryley said extra care needed to be paid to ‘vehicles’ that effectively have a mind of their own.

“[VicRoads] doesn’t stipulate a speed to pass the horse, it just says a ‘safe speed’ but that’s arbitrary – my safe speed and your safe speed are two different things,” she said.

A Department of Transport spokesperson told the Review that penalties of $1980 were in place for careless driving for a first offence, and current road rules required ‘sufficient space’ to be left between vehicles, but a specific distance when passing on the right was not specified.

We urge everyone to share the road safely, provide safe space and drive considerately around vulnerable road users,” the spokesperson said.

The serious injury incidents varied in circumstances from horses being spooked by cars and incidents not involving vehicles to a person who fell out of a horse-drawn wagon.

Ms Windsor-Ryley said many less serious injuries, or injuries to the animal, were unreported because for road trauma data to be recorded, someone must be hospitalised, police involved, or a TAC claim lodged.

“The horse can see that car and hear it way before we do, so if they’re a bit edgy, say with a truck, they’ll hear that rattle and that unusual noise way before you do. The reaction time is so tiny, and even if a horse bolts you just can’t hold it,” she said.

“The car spooks the horse and the car keeps going but the [rider] has fallen off and hurt themselves badly, but that’s not recorded.”

A Seymour police spokesperson said they did not often deal with incidents involving horses, identifying escaped cows and sheep as more frequent issues.

Ms Windsor-Ryley said she would like to see more education around how to drive safely near animals, the same way information is publicised about driving safely near cyclists.

From April 26, new laws on the required safe distances between vehicle and bicycle came into effect, with a widespread advertising campaign attached.

“I can’t remember ever in my entire life seeing any advertisement or any education for horse riders or stock crossings,” she said.

While Ms Windsor-Ryley and the group of riders are speaking to councils and local MPs about better road signage for horse or stock crossings, which have a positive impact, she hopes to start a conversation about safer driving practices.

“Slowing down and leaving a safe distance is imperative around these easily spooked animals,” she said.

Ms Windsor-Ryley said drivers should never sound their horn near a horse or attempt to speed past, and needed to be aware of their responsibilities if an incident occurred – no different to a collision with another vehicle, pedestrian or cyclist.