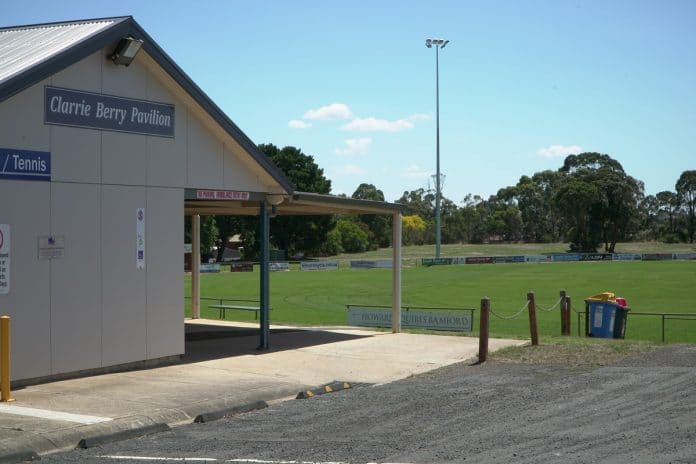 KILMORE sporting and social groups are celebrating the announcement of $3.8 million for an overhaul of the town’s JJ Clancy Reserve.

The funding, announced last week, will be put towards a new integrated community facility, a new play space for children and the relocation of little athletics facilities.

The new facility will cater to several sporting outfits that call the reserve home while also providing space for social gatherings and events. Kilmore’s U3A group has plans to make the new facility its home once built, ensuring the site is used week-round.

Committee of management president Kristine Clement said the new facility had been ‘a long time coming’.

“We’ve been pushing for it for about five years,” she said.

“We want to bring the place up to a state-of-the-art type of facility.

“Our ground is the most used ground in the whole of Mitchell Shire. It’s a really busy oval, and it would be great to have proper facilities to accommodate what happens at the oval.

“Little athletics will have somewhere to go and we’ll be able to hold meetings in the rooms, which will be great.

“All the user groups work well together and I think it will bring everyone together and bring us up to the standard that we should be at.”

The State Government will contribute $3.4 million to the project through its Growing Suburbs Fund, while Mitchell Shire Council will put in $400,000.

“We are a growing shire and part of our role as council is to work with our government and community partners to help provide facilities and the opportunity to play sport and connect,” she said.

“With the population of … Kilmore [set to grow] to 21,000 in the next 20 years, we need to keep investing in local facilities.”

Kilmore Football Netball Club president Paul Maher said the reserve’s overhaul would be a boon for the club.

“One of the major things [that it will allow us to do] is catering. The kitchen at the football club social rooms is outdated, it’s cramped and you could even class it as dangerous,” he said.

“It will allow us to hold large functions in the rooms, because they get quite cramped when we have a major function there.

“We don’t have any heating. We’ve got an old wood heater that is quite rustic and charming, but to have modern heating and air conditioning will be fantastic.”

Mr Maher said the club would push for the new facility to be located closer to the oval and on a wing rather than the club’s current rooms behind the goals at the southern end of the ground.

“The current rooms aren’t great for viewing football. They’re set a fair way back from the actual playing arena and in a bad position behind the goals,” he said.