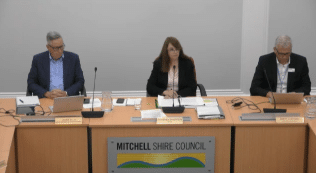 The plan entails the creation of a dedicated resilience and recovery officer role on a 0.6 full-time equivalent basis, as well as objectives for council to support the Mitchell Shire community as it recovers from the COVID-19 pandemic.

The plan outlines mental health, family violence, women’s health, community connection, education, employment, labour and industry as areas that were all adversely affected during the pandemic.

Councillors uniformly supported the objectives of the plan, but some raised objections about a perceived lack of clarity on spending.

Cr Rob Eldridge said there was ‘nothing terribly wrong with the document and the intent of the document’, but voted against the plan.

“Where I have a problem is that this comes in a budget period where we’re looking to save money,” he said.

“Although it says 0.6 EFT … it mentions that individual departments will need to prioritise community recovery activities and programs in accordance with the plan and allocate necessary budgets for this. Nowhere does it say what else is going to suffer in terms of reduced services.

“For us to vote on this without knowing the impact on the community in other areas I think is a premature move.”

Cr Louise Bannister also voted against the plan while supporting its fundamental objectives.

“I’m not against the initiatives in this plan. Some, if not all of them, are imperative for a well-functioning society and are rightly included in the work that council is already doing,” she said.

“My concern is the cost-benefit it will provide to the community. I think it’s imperative we have an understanding of what ratepayers’ money will go where and what outcomes it will achieve.

“In its present form I worry there is not a clear costing … and that the community will be unclear on what the plan will bring in addition to the great work that council is already doing.”

Cr Fiona Stevens said she understood the misgivings of some councillors but she believed any potential negative effects of the plan could be mitigated.

“I’m taking some comfort in the fact that I’ve asked questions earlier of staff to get some clarification on the things I was concerned about, and one of them was the costing. It has been said to me that it will be evaluated twice a year,” she said.

“I’m hoping there will be a fair and transparent evaluation of this plan and hopefully it will identify efficiencies, effectiveness and the costs.

“Then an open-minded review and adjusting can take place if need be to give us some sort of confidence to say to the community that there is benefit in this and the dollar spend is acceptable.”

Cr Stevens said Mitchell Shire’s ‘unique experience over the past 12 months’ made the recovery plan necessary.