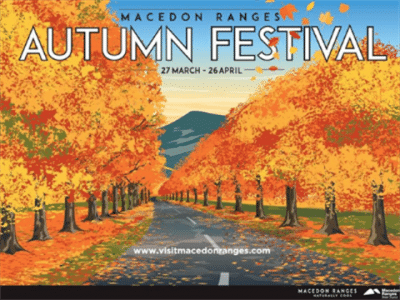 Taking inspiration from the progressive dinner trend of the 1970s and 80s, where dinner party guests would move between homes for different courses, the event on April 24 will take diners to three restaurants – Soltan Pepper, Evan’s Wine Bar and Bistro, and Verdure, on High Street.

Event organiser Jenny Stillman said the event ‘could be bigger than Ben Hur’.

“There will be what we’re calling creatives zones, so there’s a transition period between each course of about 40 minutes, and in those creative zones we will have buskers, we will have artisans with their artwork, creative work.”

Businesses along the strip will also open late on the night for guests to wander into, while other restaurants will have marquees set up on the street offering canapés.

The theme of the night is ‘poetry in motion’, so there will be different poets at each restaurant, reading to diners throughout their meals.

The idea came from wanting to celebrate and highlight a famous 20th century Romsey-born poet, Vincent Buckley, who went on to write prolifically, and had a long career teaching at the University of Melbourne.

“What we’re hoping for is that this event may well be a launchpad into something bigger next time … we’d like to expand the poetry element perhaps, this year if all goes well, into an autumn poetry festival,” Ms Stillman said. “It’s a bit of a toe in the water.”

As president of Romsey Region Business and Tourism Association, Ms Stillman said she hoped the event and the autumn festival, which runs from March 27 to April 26, would draw tourists from across Victoria to the ‘sometimes overlooked towns’ in the Macedon Ranges Shire when the autumn leaves bring in many onlookers.

“The Romsey main street has an amazing boulevard of autumn trees, and in addition to that we’re always wanting to build extra ‘visitor product’ on the eastern side of the shire. That’s very important. The eastern side gets a very small percentage of visitation relative to the other side,” she said.

“This is a bit of a post-COVID celebration. It’s an event designed to get people excited, let them have some fun, but at the same time it’s important for us in the eastern corridor that our businesses and our product get a little bit of coverage.”

Child hit by car in Kilmore