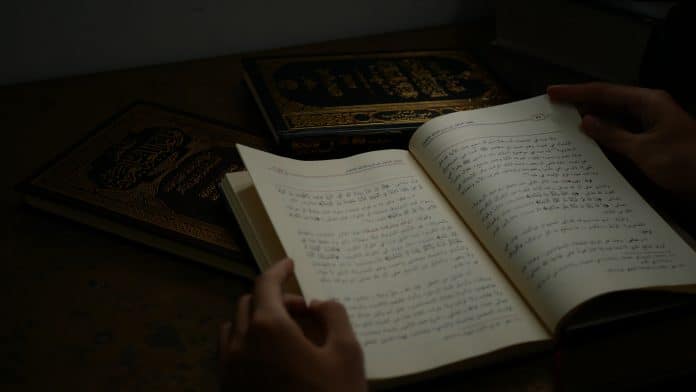 A DECADE-OLD dispute over a Muslim prayer room on the outskirts of Seymour was again brought before Mitchell Shire Council last month.

A prayer room was erected at 22 Dempsey Road, about four kilometres outside the Seymour town centre, after a permit granted by council for its construction was challenged at the Victorian Civil and Administrative Tribunal, VCAT, in 2011.

VCAT upheld the permit with conditions the prayer room was used by no more than 20 people at one time. The permit was amended in 2017 to reconfigure the layout of the building and increase the floor space.

Neighbours lodged a complaint with council in 2019 that a sign had been erected on the property and works outside the scope of the permit had been undertaken. They also said landscaping work required as a condition of the original permit had not been completed.

Property owner Qasim Shah said the sign had been intended to direct people to the prayer room and he had been unaware that he needed council permission to erect the sign.

He said with friends and relatives living in both Melbourne and Canberra, the prayer room was often a convenient stopping place for people travelling between the two cities.

“When people come they cannot decide which building is the one they should be going to. There is a house and there is another facility, and the sign is only to give the direction that you are at the [correct] spot. That way people don’t need to knock at our door,” he said.

“This is a convenient place. When I used to go from Melbourne to Canberra … I was struggling to pray because there is nothing between Canberra and Melbourne until Albury.

“I thought because it was my property I could erect a sign. I was unaware about the law. When council raised their concern I took it down.”

Mr Shah subsequently applied for a permit to reinstate the sign and continue redevelopment works on the prayer facility, which was deliberated by councillors at last month’s ordinary meeting.

Dempsey Road resident John Keefe said he spoke on behalf of several neighbours who opposed both the sign and the extension to the prayer room. Mr Keefe said he took issue with the sign’s three-by-one-metre size and its wording, which says Masjid Al-Sahaba.

“The sign is incompatible with its surroundings, is unnecessary to direct friends and family to the site of the prayer room, and it unlawfully describes the premises as a mosque,” he said.

Mr Keefe said he believed it was ‘disingenuous’ to assert the word ‘masjid’ that appeared on the sign did not mean mosque.
“Using the word masjid on the sign advertises to the public that the premises is a mosque,” he said.

But Mr Shah said the word masjid appeared on the sign because there was no true English equivalent to the word.

“In our religion there is no difference when we call a facility mosque. In English it might be called a prayer room or a chapel or something like that, but we are not a mosque where it belongs to the community and people can come at any time – that’s a bigger mosque, and this is not like that. We have no other name to say what it is called,” he said.

“It is a mosque in every Muslim’s mind – when you have a room and people pray, in their definition and in my definition it is a masjid, which is translated as mosque.”

Mr Shah said he sought an extension to the facility in order to accommodate women praying. In Islamic tradition, women pray separately to men.

“Ladies, when they pray in a masjid, cannot pray side-by-side with the men, and when it was designed I could not envisage this coronavirus issue where we need to have 1.5-metre distance. We are asking for a facility that can accommodate ladies,” he said.

Mitchell Shire councillors voted to approve the sign on the condition that it was scaled back in size to one square metre and sited next to the prayer room. They said Mr Shah would need to cease works to expand the facility and apply for a separate permit.

“The sign in question that was in place was considerable in size and was placed in a prominent location that affected the amenity of the area,” Cr Fiona Stevens said

“The community were not happy with it, and unfortunately it was put up without a permit being in place.

“[People] were coming onto site and they were going to the private premises and not knowing where the prayer room was.

“If this sign is strategically placed on their land, out of view from the street so it doesn’t affect the amenity but guides people to where they’re trying to go to, then the effect that’s trying to be achieved has been achieved.”