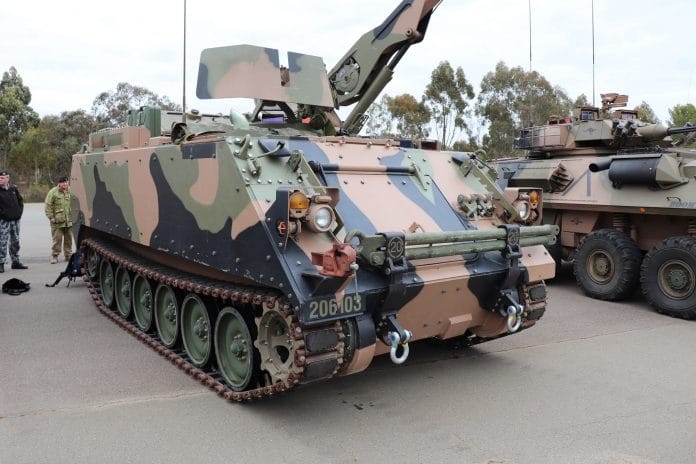 A THREE-STOREY armoured vehicle simulation centre is the centrepiece of a $96.4 million Federal Government investment in the Puckapunyal Military Area.

In addition to the new centre, works at the base will include a modernisation of training and support facilities for the Puckapunyal School of Armour, including nine additional workshop bays.

Driver training facilities and tactical simulators for the Australian Army’s armoured fleet will also be upgraded.Work at the base is expected to commence in March.

The government estimated the construction workforce required to build the new centre would peak at 200 people a day and inject money into the local economy.

“The fact that 85 per cent of the workforce is going to come from the areas surrounding this project shows exactly how serious we are,” he said.

“The Federal Government’s investment in regional Victoria is helping ensure the economy continues its recovery from the COVID-19 pandemic.”

“The construction at Puckapunyal will be of great benefit to the Victorian economy and generate exciting opportunities for local businesses, showing once again that we have the backs of small business,” she said.

“The program will also deliver workshops and supporting infrastructure that is designed to be able to maintain the suite of armoured fighting vehicle platforms both now and into the future.”

Construction company St Hilliers was awarded the head contract to deliver the new facility as part of the government’s $235 million Fighting Vehicle Facilities Program Stage One works, following the announcement of a related package of works at Lavarack Barracks in Queensland.

Ms Price said the government was committed to delivering jobs and infrastructure to support training and maintenance of Australia’s fleet of armoured fighting vehicles.

“Our investment will support the upgraded M1 Abrams Main Battle Tank and incoming LAND 400 and LAND 8160 vehicle fleets,” she said.

“This upgrade will modernise the Australian Army’s armoured warfighting capability and their associated training systems.”

Work on the project is expected to finish in late 2022.

The announcement marks the second Federal Government investment in the Puckapunyal base in recent weeks.

In early February the government announced it would provide $38.9 million for a state-of-the-art health and wellbeing centre at Puckapunyal.