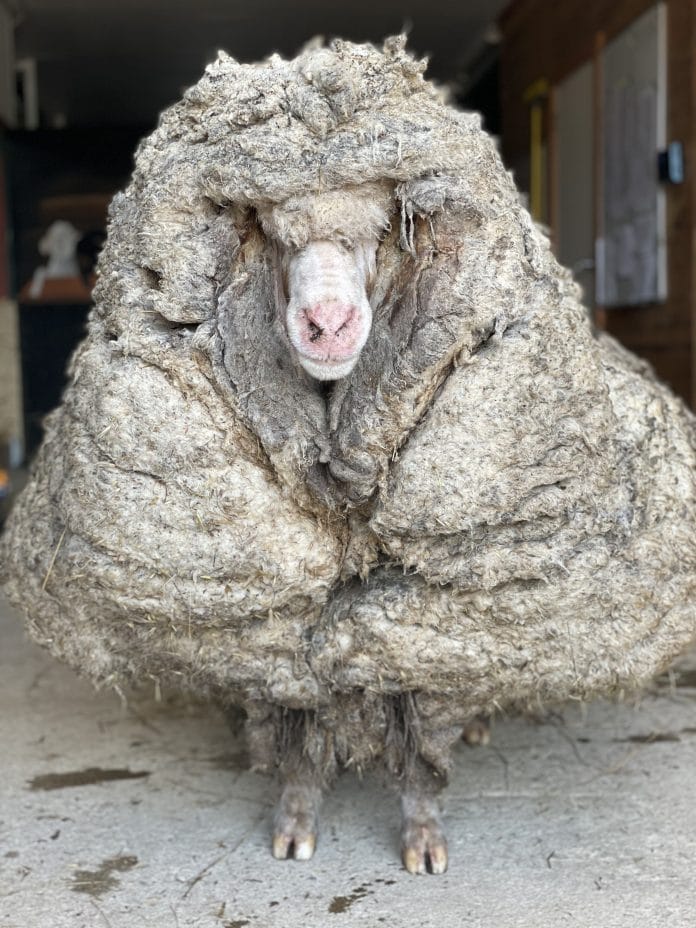 Found wandering the Cobaw State Forest, this woolly wonder, pictured above, was weighed down with at least five years’ worth of fleece.

But thanks to Lancefield animal sanctuary Edgar’s Mission, the sheep, named Baarack, has had a haircut and is now looked after – the before and after photos show the transformation.

“We could not even see his eyes let alone make out his ears, and the poor boy could hardly stand,” she said.

Due to the weight burden of the wool around Baarack’s face, his eyelids had been pulled down enabling grit and grass seeds to enter, causing ulcers that are now being treated.

The sanctuary team is also slowly working to remove grass seeds that had become embedded in his skin, as they gain Baarack’s trust. ​

Animal kindness week: How to live and eat more sustainably