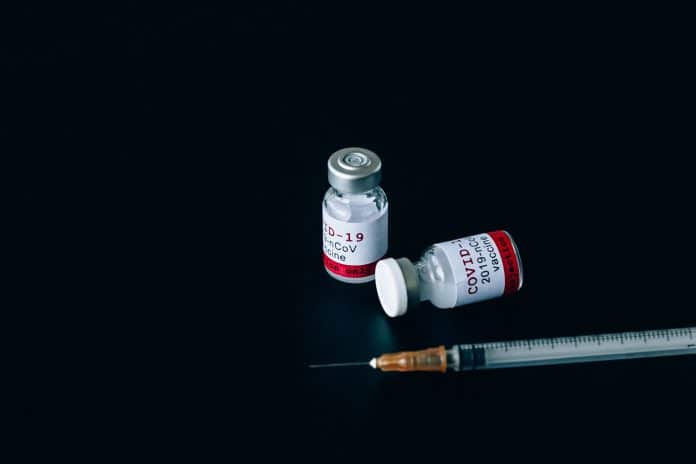 MEMBER for McEwen Rob Mitchell has blasted anti-vaccination supporters who are targetting McEwen constituents with flyers in their letterboxes about the proposed COVID-19 vaccines.

Mr Mitchell said the appearance of anti-vaccination flyers in his electorate was a concerning sign that people were feeling emboldened to spread medical misinformation.

The flyers encourage people to avoid the COVID vaccine ‘at all costs’, claiming manufacturers are exempt from liability and could ‘potentially be more deadly than the virus’, along with a host of other COVID-related conspiracies and other theories.

“All this anti-vax and conspiracy theory garbage is rolled into one. The flyer contains stuff about 5G [telecommunications networks] and how we’re all going to be microchipped,” Mr Mitchell said.

“It’s dangerous when people get it in their letterbox and read it and think, ‘what’s going on here?’

“We’ve already seen the danger of conspiracy theorists being allowed to peddle their lies in the US, and now we’re directly importing that rubbish into Australia.

“It scares me that some people will see that and not understand that it is rubbish, it is not factual, it’s not correct, it’s not true, and that people who could be impacted by COVID might not get the best medical attention and take the best precautions against something that could have massive adverse effects on their health.”

Mr Kelly, the Member for Hughes in Sydney, has spruiked the use of hydroxychloroquine and ivermectin to treat the virus – drugs that Australia’s chief medical officer, the World Health Organization and other health authorities have denounced as ineffective.

He has alluded to COVID-19 vaccines being linked to a secret plot by US tech billionaire Bill Gates and backed a number of other conspiracy theories, including false claims the storming of the US Capitol building in January was a hoax and the denial of climate change science.

Mr Mitchell said Mr Kelly’s promotion of pseudoscience and misinformation through the media and online was dangerous.

He said an attempt by Prime Minister Scott Morrison to censure Mr Kelly last week was ‘weak’ and ineffective.

“Scott Morrison said he’d given Craig Kelly a dressing down, but I heard someone say the way he’s been carrying on he might as well have given him a dressing gown,” Mr Mitchell said.

Mr Mitchell said the opposition had been pushing social media site Facebook to carry warnings about medical misinformation on Mr Kelly’s posts, similar to how it dealt with former US president Donald Trump.

“We’re continually pushing the government to get this in hand, and we’ve contacted Facebook to say you’ve got standards in regard to spreading medical misinformation,” he said.

Mr Mitchell encouraged any of his constituents who found anti-vaccination information in their letterboxes to contact his office by calling 5716 3000 or emailing rob.mitchell.mp@aph.gov.au.

“We’d appreciate it if people contacted us so we know how far and wide this rubbish is being spread,” he said.

“We were first alerted to it by some people in Sunbury, and one sent me a copy and it was just horrifying to read.

“We just want people to stick to listening to our medical professionals, our medical officers and legitimate government resources. That’s the best thing we can do.”