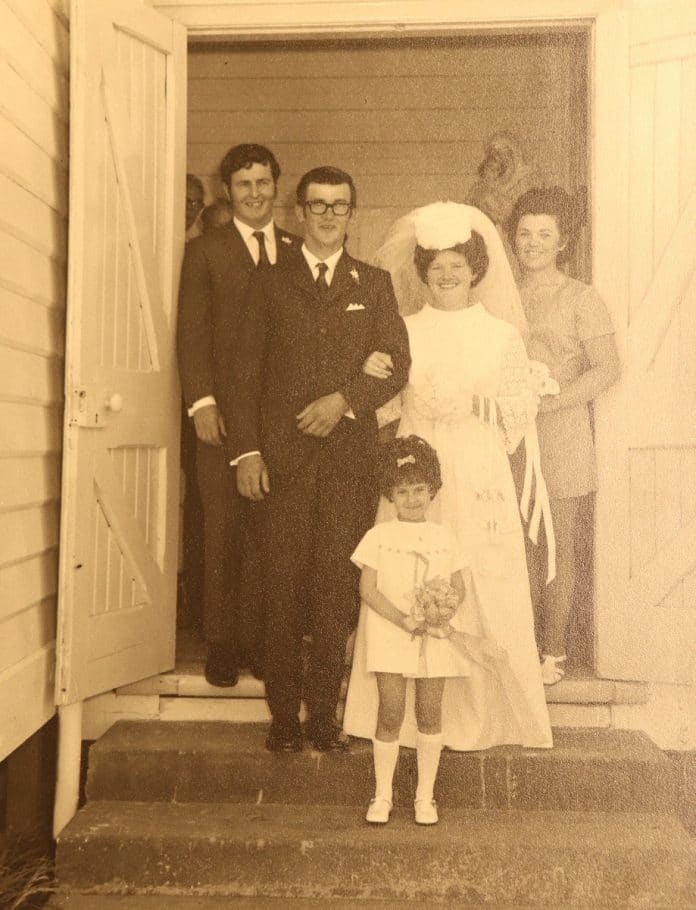 WALLAN has waved goodbye to its original Our Lady of the Way church, after the building spent more than five decades at its home on Bentinck Street, Wallan.

The church settled in town in 1969 after the Kilmore priest at the time, Monsignor Morrison, suggested Wallan have its own church.

The idea came after many years of struggle for the town, including dangerous travel to its closest neighbouring church – St Patrick’s Church, and the deterioration of its Wallan East site in 1955.

At this time, the Graytown Catholic Church, near Heathcote, was for sale, and made its way to what would be its new home for decades as Our Lady of the Way.

Now settled at its new home after being removed earlier this month, the church resides in Newstead, near Maldon.

While the building has moved on to its next life, people of Wallan hold onto its memory dearly.

One resident in particular, Barbara Laffan, married her husband Des in the church, and was a regular attendee of the church for decades.

“She’s full of history, she has had a few weddings, a few baptisms, and one funeral. My daughter had her first holy communion here,” she said.

“[The wedding] was beautiful, just lovely. We had Monsignor Morrison; he was a chaplain during the World War Two for anyone that needed it. There’s so much history here I love it.

“Graytown was an old mining town; it even had a camp for the soldiers.”

For Ms Laffan it was a bitter-sweet send off to the Wallan church.

“There have been tears, but I’m glad it’s going and not being pushed into a heap of rubble, that would’ve been terrible – at least the history will live on,” she said.

The Catholic Church built a new church in Wallan East, next to Our Lady of the Way Catholic Primary School, with the new, modern church officially opening in August 2019.

At the church’s opening mass, parishioners paid tribute to the history of their original Wallan church, with photographic displays detailing significant moments such as when a chalice was damaged during a break-in of the church.

Parish priest at the time, Father Peter Rankin, organised to have the chalice repaired and presented back to the Wallan church at a mass on August 19, 2012.

Another moment depicted when the church closed for 11 months in 2008, forcing mass to be at Wallan Public Hall, where it had been held before 1969.

A ‘leaving mass’ gave parishioners an opportunity to say goodbye on July 28, 2019.