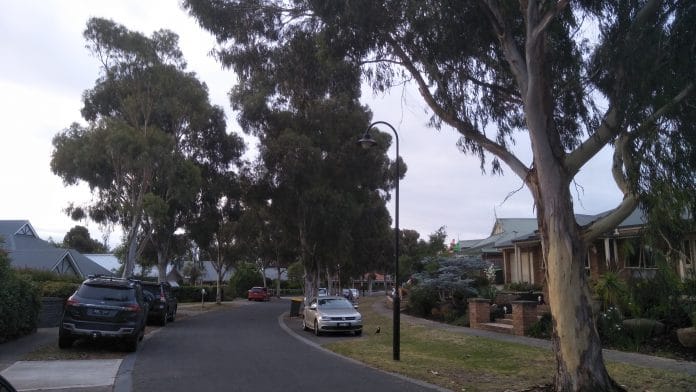 LAURIMAR residents are up in arms about a council decision to remove 140 trees from the area, claiming it will damage ecology, lower property values and ruin the character of the development.

In the letter, council’s parks and urban design manager Susan Hecker said the existing tree species in the area, combined with other factors such as soil type and condition, extended drought periods, climate change and building and engineering standards, had already damaged or were likely to damage houses in the future.

Ms Hecker said council had an obligation to mitigate risk for residents by removing the trees.

Geebung Place resident Paul Adams said while he agreed that some trees needed to be removed from the area, the scope of the project was too wide.

He said many of the problems stemmed from poor planning by previous councils.

“The area is a wetland area, and it was a floodplain,” he said.

“For a few streets back before it starts to go uphill, the ground surface is a mixture of mud and clay and the water doesn’t run away.

“Council has allowed houses to be built there and some of them have had to be rebuilt. With others, the combination of the soil type and the trees allows the trees to undermine. A lot of people have had to have synthetic materials pumped under their houses to stop them moving.

“It’s been a bit of a dog’s breakfast in allowing those houses to be built there.”

But Mr Adams said other areas with trees slated for removal were not on the floodplain and therefore less susceptible to tree damage.

“We’re on the elevated side. We’re just outside that wetland area of bog,” he said.

“I hand-dug the fence posts and I couldn’t get down further than 400 millimetres because it’s all rock and clay.

“I’ve got six trees outside the front of my place because I’m on a corner block, and one of the trees is 8.8 metres from the veranda, so I can’t see that as being any threat to anything.

“I went around and talked to the neighbours, and they just don’t want it gone.

“A lot of people in the affected area want them gone because they’re affecting their houses, but this is overkill.

“If they’re going to knock down the trees in the northern end of Geebung and Harlan, why not the next street higher up the hill? There is just no logic to it.”

Ms Hecker said council’s decision on which trees to remove was based on independent testing and research commissioned in 2019.

She said it was the best option to reduce the risk of further damage to buildings.

“We believe that the best option for the long-term benefit of local residents is to replace the trees with an alternative species that is better suited to the conditions,” she said.

“Feedback from residents has been very welcome and is being considered as we explore options to commence the project.”

Mr Adams said council’s decision would impact the aesthetic of the neighbourhood, disrupt native wildlife and reduce the area’s capacity to sequester carbon.

“Every tree in these three parallel streets and the connecting streets are getting the chop – it’s going to look like a lunar landscape,” he said.

“It’s a great area for birdlife. We get king parrots, lorikeets and crested pigeons, which we often feed.

“The council talked about putting in trees that they said would stop the urban heat island effect.

“I asked them how many trees they were going to put in, and they said there would be one in front of each house, maybe two. The trees they’re talking about would be half as big, so there’s no way known they’re going to achieve a canopy.

“It’s just overkill. The council has got an internal zero net emissions plan by 2022, but they’re going backwards with the area they control.

“Basically they’re doing everything counterintuitive to having an urban design that accounts for storing carbon and providing shade.”

Mr Adams said the work could potentially lower property values in the area.

“Many people have bought here because this area is known as the treed part of Laurimar,” he said.

“I asked if council would do a reassessment of our rates due to the reduced value of the properties.

“Many of the local residents weren’t interested in going down to the information sessions, because the letter said the decision had already been made.

“But when I went down to the first one, they said it could have been worded better, so I started getting people and saying ‘it’s not over yet, get down there’.

“There has been a problem for them and they’ve got to reduce their financial exposure to this problem that was created, but we’re not part of it. They’ve used a sledgehammer instead of a hammer.”

Seymour is showing off