THE Tallarook Mechanics Institute Hall is back and better than ever after being destroyed by fire in 2018.

Tallarook Farmers Market returned to the site last weekend, after being temporarily located nearby in the middle of town near the park.

The hall opened in 1891 and has been rebuilt to keep the historic building’s shape but bring its design into 2020.

While the exterior is reminiscent of the old building, the interior has been completely modernised with air-conditioning and a new kitchen among the features.

“Our last three or four markets, we’ve had stalls selling out and having record sales at every market and it’s continuing. Speaking on behalf of the stallholders, we really thank the community for getting out and supporting these stallholders. They’re really loving it,” she said.

“Our temperature-sensitive stalls such as mushrooms, chocolate and sweets are now able to attend regardless of what the outdoor temperature is. 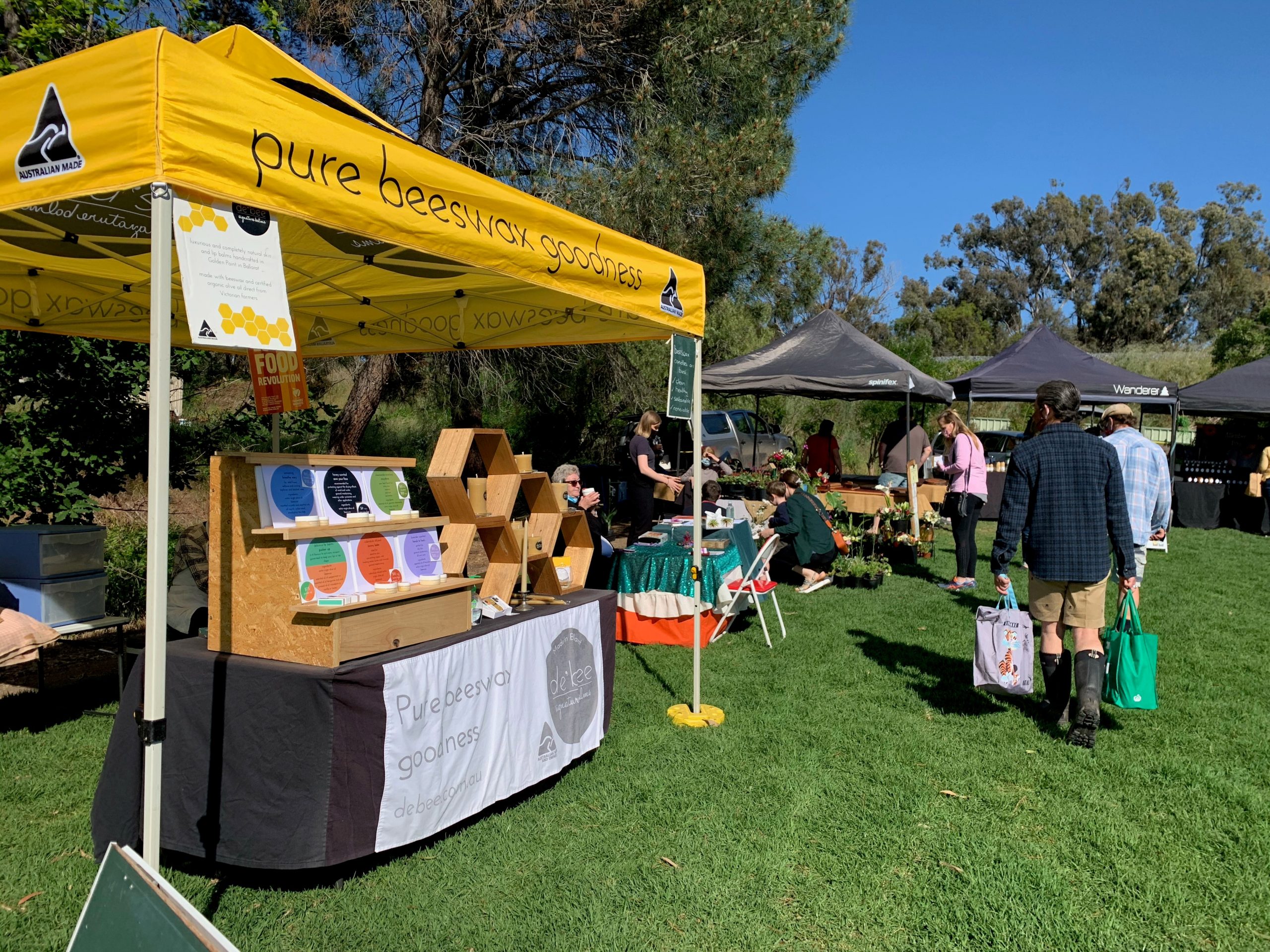 While reopening a farmers’ market during a global pandemic is a daunting prospect, Tallarook Farmers Market has taken it in its stride with reduced stall numbers, density quotients, additional staff and QR code sign in.

“It’s always been a team of people but now it’s a much bigger team of people. It’s counting people in and out and the hall is huge so 20 people inside is an easy count to make,” Ms Lim said.

“We didn’t have a full complement of stalls for the first time just to make sure everything flowed well, so the December market will definitely be bigger.

Ms Lim said it was extremely important to the community for the market to return the hall.

“And just to show off the new hall. It stays true to the old hall but the inside is now all wood grained, it’s all modern looking and it’s going to be an enormous asset to this area because there’s not a venue this size to hire in the shire,” she said.

“It has all the modern conveniences. Thank goodness the insurance, builders, council and everyone got along extremely well and have really given us a better venue than we could’ve dreamed of in terms of the fit-out.

“We just can’t wait until we’re able to offer the venue to the community for events and meetings.

“All the other groups that used to use the hall are slowly coming back to see how they can utilise the hall as well.”

December will play host two Tallarook Farmers Markets, on December 6 and 20, with live music once again allowed at the market to bring back a part of the atmosphere it had missed for much of the year.