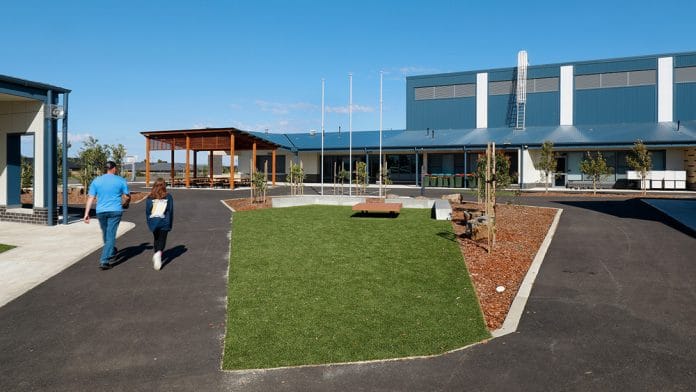 SCHOOL students across Mitchell Shire, the City of Whittlesea and Macedon Ranges Shire returned to the classroom on varying days in the past week, as Victoria’s COVID-19 restrictions eased.

All students in regional areas, including Macedon Ranges and Mitchell Shire, are now returning to on-site learning, but students in years eight to 10 in metropolitan Melbourne, including Whittlesea, must wait until October 28 as metropolitan schools reopen at a slower pace.

Member for Yan Yean Danielle Green said she was ‘delighted’ that most students in her electorate were able to return to on-site learning.

She said a staggered return for years eight, nine and 10 would reduce the risk of COVID-19 spreading quickly.

“I’ve already done Zoom calls with two of the returning schools and I think the relief and happiness of the students and teachers is overwhelming,” she said.

“I’m sure there’s a great sense of relief for parents too. I want to thank the parents, students and our education professionals for the amazing effort that they’ve put in in this really difficult year.”

Shadow Education Minister Cindy McLeish was critical of the government’s decision not to send all students back at metropolitan schools.

She said under the Liberal-Nationals’ plan for reopening, all students would now be back at school.

“Every day our students fall further behind the rest of the country,” she said.

“The science and health advice has always said that schools are a low-risk environment if the appropriate plans are in place, but [Daniel] Andrews is more interested in keeping Victorians locked up rather than getting our kids back to school in a safe and evidence-based way.”

“They show no understanding that we’re still in the midst of a world pandemic. The evidence is that it is safer for younger children, but over 12 it is not as safe,” she said.

“I think it’s appropriate that years seven, 11 and 12 begin [this week], and then we’ll see in two weeks’ time the effect of that, because this disease has a 14-day gestation period.

“In two weeks’ time our year 12s finish anyway and begin their exams, so for years eight, nine and 10 to return towards the end of the month it will mean schools have the ability to spread the students out and have smaller class sizes to ensure a lower transmission risk.”

Premier Daniel Andrews said the staggered approach would make it easier for VCE students to remain socially distanced while taking their exams.

“We always said we wanted to see students back in the classroom as soon as we can, as safely as we can, and we have been working with our public health experts to ensure that is the case,” he said.

“One of the best things about my job is visiting schools in my electorate, and I yearn for the time when I can set foot back in schools and talk to teachers and students face-to-face,” she said.